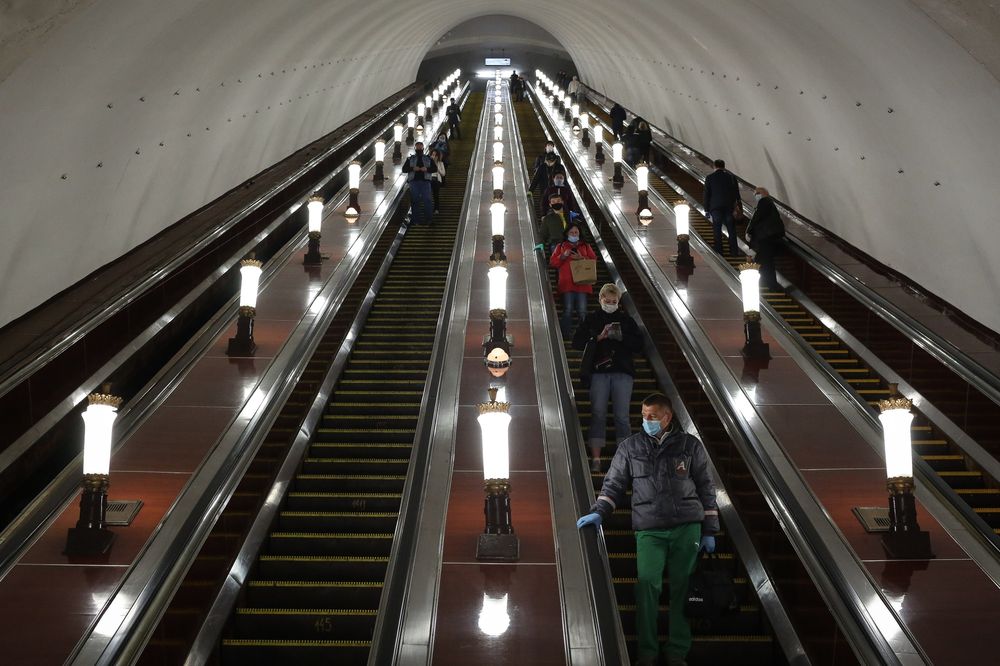 Escalators are moving staircases that bring convenience to those who are tired of climbing a set of stairs. It is a conveyor transport device for carrying people between floors within a building. Sometimes, they are also used in subways in order to connect the entrances towards the train station. Escalators have huge benefits. They have the capacity to move large numbers of people in a span of seconds which makes most places very easy to go through.

It is most helpful in shopping malls and train stations where people usually flock in large numbers especially at entrances and exits. Escalators also do not have waiting intervals.

People easily ride onto it and get transported without having the platform to travel or move. It can also be used to guide people to certain areas such as special exhibits and exits. If an escalator stops, it functions just like a normal staircase.

The record for having the longest escalator in the world can be seen at the Park Pobedy Station in Moscow Metro.

The escalators are 410 feet or 120 meters deep and have 740 steps. It would take around 3 minutes to ride on the escalator to reach the end. These three stations are called Ploshchad Lenina, Chernyshevskaya, and Admiralteyskaya. The Mosco Metro is a metro system in Moscow that reaches almost every part of the city.

It is one of the most heavily used metro systems in the world hence the escalators being used. It is also famous for its heavily decorated escalators and hallways. The metro system is around 278.8 miles long and has over 172 stations. About 8.2 million Russians use the system every day in which all of them are able to ride the longest escalator in the world.

In different parts of the world, there are policies about using escalators. Most of them are used in busy systems to allow a certain flow to the people using the escalators.

Although escalators are deemed to be safe for public use, there are also large reports of accidents with people using the escalator. One noticeable accident happened, 8 people died and 30 more were left injured after the escalator collapsed on the Moscow Metro.

The system was wrongly set up and the service brakes were faulty.  In July 2003, 30 people were injured and one had his leg amputated when an escalator in Coors Field in Denver malfunctioned.

Another more prominent escalator accident happened in King’s Cross station in 1987 when several chemicals that are used to run the escalators build up to form a massive ignition. It was later determined that the entire station was a smoking-free zone and that the old escalators were replaced with new ones.