The Most Venomous Animal in the Sea 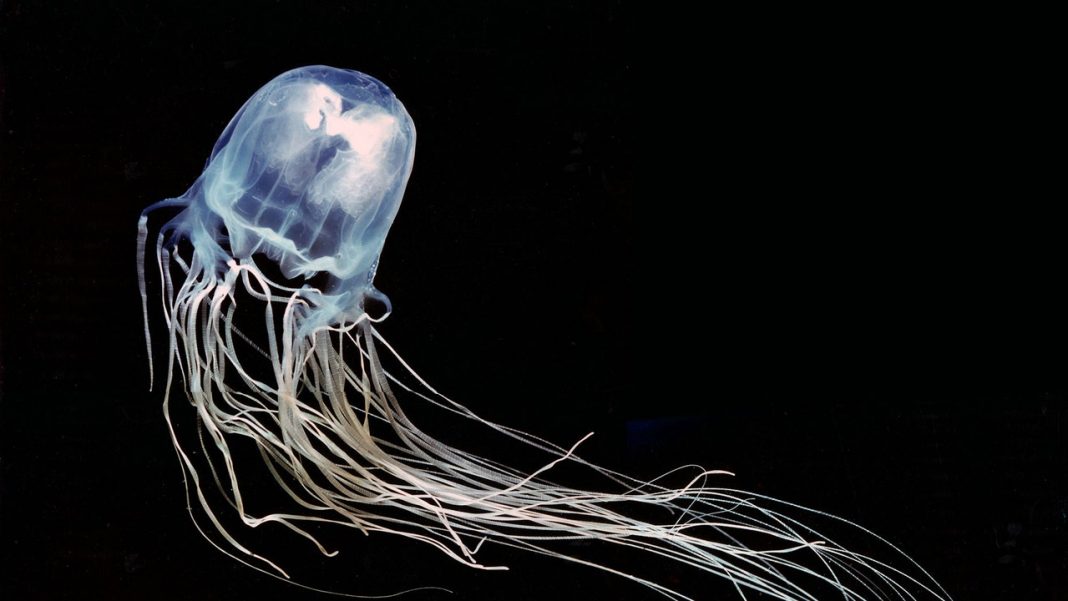 Nature has produced different types of animals and creatures that have a unique defense mechanism. Some animals have a thick carapace in order to protect themselves from predators while others like the gazelle have long powerful legs so they can run from animals that want to eat them. This defense mechanism allows the animal to live longer in the wild and be able to protect themselves. This protects the balance between predator and prey and provides harmony to the ecology of animals.

But, nature has a different kind of sense of humor for those with venoms and toxins. Most of the time, we would hear snakes and spiders carrying the deadliest of all venoms but there is also one single creature on Earth that bears the most lethal poison of them all. The ocean has had many weird and interesting creatures with its 3 billion years of history but none is more dangerous than the most lethally venomous animal in the sea.

The Sea Wasp or Chironex fleckeri is the most lethally venomous animal in the sea.

It even surpasses different sea creatures including the lionfish and stonefish as the most venomous animal in the sea. It is found in the coastal waters of northern Australia up to the waters of the Philippines. It is also described as the most lethal jellyfish in the world having taken 63 lives from 1884 to 1996.

The Sea Wasp is notoriously known for its potent and powerful sting that can reach up to 3 meters or 9.8 feet long. The tentacles are filled with cnidocytes that release microscopic darts that deliver the venom.

Once the venom comes in contact with the human body, a person stung usually feels pain in the area and if left untreated, the person can die in as fast as the next three minutes. The venom in a single sea wasp alone is enough to kill 60 adult humans.

Once stung, the venom causes the human cells to become porous and leak potassium out of the system. This causes hyperkalemia which can result in cardiovascular problems such as heart attack.

A scientist at the University of Hawaii developed a zinc compound that can reverse the effects of potassium leakage. And although the antidote is available, there is not enough time for swimmers who are stung to reach to the shore or even to a boat to receive treatment as the venom usually reacts in a matter of minutes. If a person does manage to get to safety, dousing the sting with vinegar is a first-aid procedure to lessen the severity of the sting. Vinegar inhibits the nematocysts to become activated. Once doused with vinegar, CPR can be performed.

As a precaution, most of the beaches where these jellyfish lives have an enclosure so that people can still swim and enjoy the summer beach without having to worry about getting stung by the venomous jellyfish.