The Youngest Oscar Award Winner for Best Actress in the World 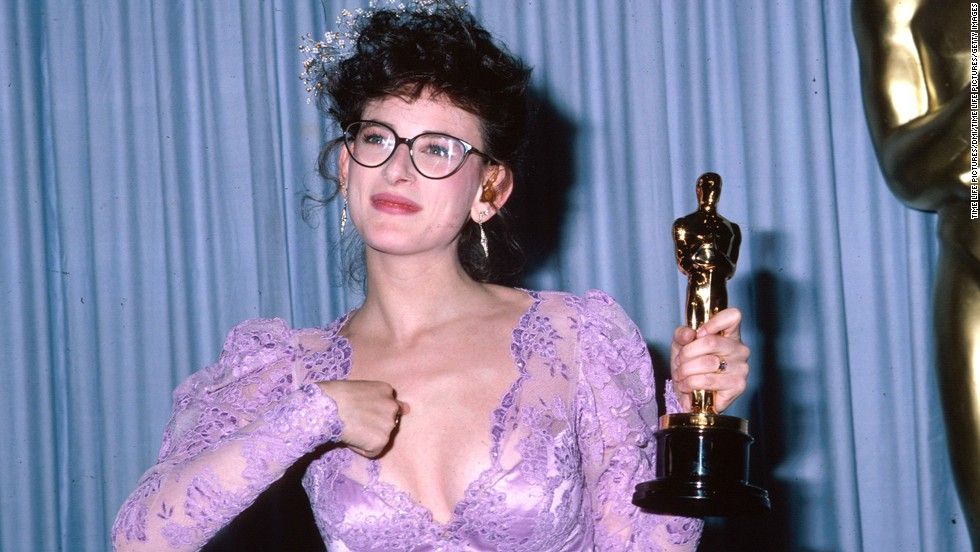 The Oscars is a ceremony where professionals of the acting world come to be awarded their acting prowess. Most of the time these professional actors have been in the industry for many years and they end up getting the award only after a few years of their career. Some are even unfortunate enough to never get a nomination while others do get to win only after their death.

Fortunately, though, there are also other few actors and actresses who are blessed with the acting skills and the right project hence they get nominated. But, there is only one actress who has won the Best Actress award at such a young age. Find out who is the youngest Oscar award winner for Best Actress.

Marlee Matlin is the youngest Oscar Award winner for Best Actress at the age of 21 years old and 218 days.

Marlee Matlin is also the first and only deaf actress to win the award so far. She won the Best Actress trophy in the leading role for Children of a Lesser God.

Aside from her win in the Oscars she also earned accolades at the Golden Globes and Emmy. Matlin was deaf since she was 18 months old and is a member and advocate of the organization called National Association of the Deaf.

The movie Children of a Lesser God is a 1986 romantic drama film that tells the story of the employees of a school for the deaf who have different ideologies in speech and deafness which created tension between both leading stars.

Soon, it develops into a relationship. The movie itself was adapted from the Tony-Award winning stage play of the same name.

The film itself was also the first film directed by a woman to receive an Oscar nomination. Matlin has already appeared in several other media like stage and TV. She has had an appearance in Picket Fences where it earned her an Emmy nomination as well. She has appeared in Sesame Street, The West Wing, Seinfeld, The Outer Limits, ER, Desperate Housewives, CSI and Law and Order: Special Victims Unit. She is now currently seen in the ABC Family television show Switched at Birth.

Marlee Matlin is also an active advocate of deafness. In 2011, she competed in Celebrity Apprentice to raise a charity fund for the organization of her choice which was The Starkey Heading Foundation.

She was able to raise more funds than any other television charity event with $986,000 but it was not until Donald Trump donated $14,000 more in order to make it a million dollars for the charity.

This made her even more famous knowing that her advocacy was met with a warm welcome.

The situation with Marlee Matlin only goes to show that it does not matter whether you have a disability or not but it is through talent and charm that allows a person to be able to help other people who are in need. Marlee Matlin sure did ride the wave of glory when she first received her award for the youngest Best Actress winner of all time.