The Slowest Animal in the World 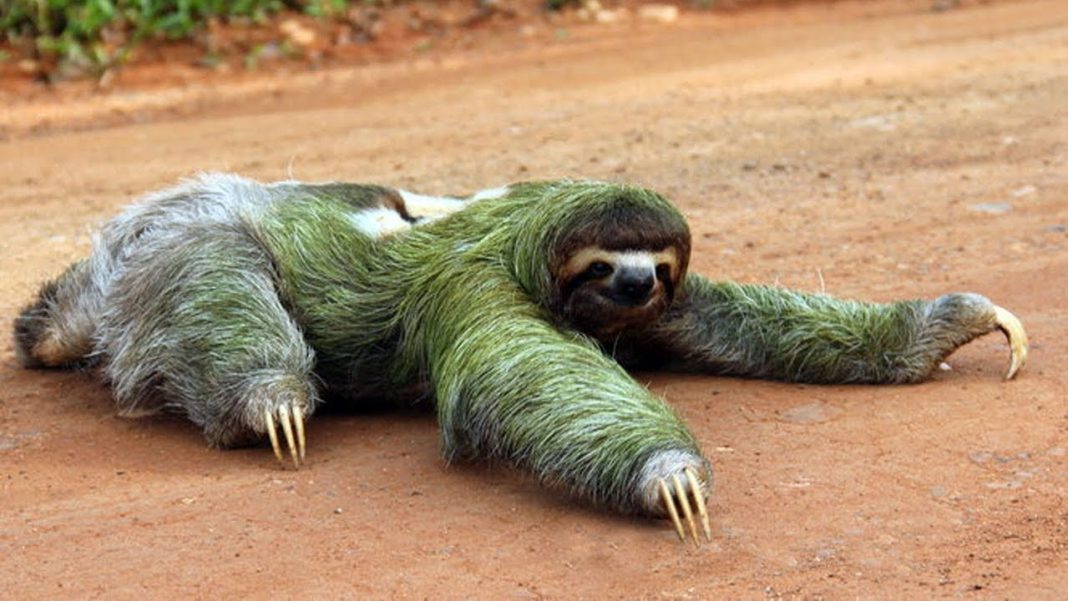 In the animal kingdom, speed can mean a split second between life and death. Predators rely on speed to catch their prey at a moment’s notice. A prospect prey uses speed to escape such predators to live another day. Speed is also used to escape from human sight as it is their natural means of defense as well as the living. There are animals that tend to take it slow and easy whether it is part of their anatomy or not. Some animals move slow which is part of their nature or their characteristics. The size doesn’t necessarily affect their speed allowing them to be slow. Small ones like slugs move slowly while there are big ones like land tortoises that are sluggish as well.

The world’s slowest animal at the moment is the Three-Toed Sloth.

Its top speed or his infamous record of slow-paced movement is 0.24 km per hour or 0.15 miles per hour. They are under the Bradypodidae family specifically under the Brapydus genus and are located in South and Central America.

They are generally furry because they are mammals and they walk on four legs but can also stand on two. They have 3 sharp claws thus giving it its name. The average sloth can be as big as 18 inches or 45 centimeters. They can weigh as much as 3 to 4 kg or 8 to 10 lbs. Their tail also stretches from 2 to 3 inches or 6 to 7 centimeters. Their tail’s length isn’t generally included with their overall body size.

Despite being slow in moving, they move fast when swimming underwater then again that’s not saying much. They generally have a life span of 25 to 30 years at best.

The three-toed sloth is just one of the species of sloths under their many families. There are 4 different kinds of these animals and they all bear the name Bradypus.

It may be the slowest animal on earth but it sure isn’t the weakest. Despite its lazy demeanor and slow movement, it does move fast underwater and adequate upper body strength.