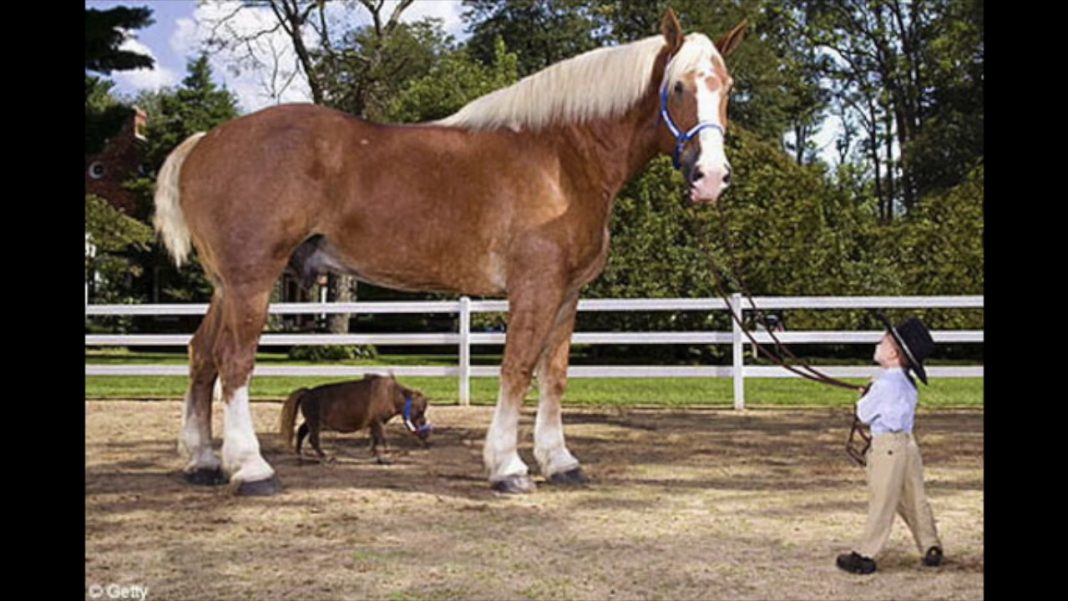 Horses are born to be huge creatures but the one that we will be discussing in this article was born with extraordinary height and weight. This is the reason why this horse was able to make it to the Guinness World Records for the tallest horse in 2013.

Big Jake, the biggest and tallest horse in the world was able to get the said post with the height of 6 feet, 10, and three-quarter inches.

With this height, he is weighing 2,600 pounds. This is something extraordinary for a normal horse. According to its owner, Jerry Gilbert, Big Jake is already amazingly huge when he was born. With a weight of 240 pounds during birth, experts say that this is more than 50 pounds for an average Belgian horse. But no matter how huge he is, the owner proudly said that he is one gentle buddy.

This stallion with an unusual height was born in Nebraska. After being born and weaned from the mother, he was immediately transferred to Smokey Hollow Farm, Wisconsin. His height was never a secret in the Smokey Hollow Farm. The people who kept seeing him, including the owner, thought about the possible award that this unusually tall horse could get. And they were not wrong when he was able to get to the post of the tallest living stallion on the planet. He was able to snatch the record from another horse named Clydesdale from Texas who was the record holder during that time.

With the efforts of Smokey Hollow Farm, the growth of Big Jake has been documented starting in January 2010. They gathered the information using the guideline that was provided by the Guinness World Records. The evidence was compiled considering the rules given by Guinness.

In order to make sure that everything will be in its perfect place when the time comes, the local media also helped in the documentation of the development of this special animal. The local officials and the whole community were also part of witnesses.

In March 2010, the owner received a certificate from the Guinness World Records for his horse. During that time, it is just 9 years old. In September 2012, he is officially awarded as the tallest horse by the Guinness World Records. If you are thinking about the different activities that it is engaging in, he is a hitch horse. And according to the owner, they are maintaining the healthy figure of Big Jake with a healthy diet.

Despite the extraordinary height, his master and the people know him in his community as a gentle and friendly animal. According to the owner, he is a hard-working horse who would always love to do his job. With the stallion’s height, everything that is used for his maintenance also has to be large enough for his comfortable accommodation. With the title that it is holding, a lot of people want to see Big Jake. And according to the owner, they are proud to present the horse when people come to visit the farm.