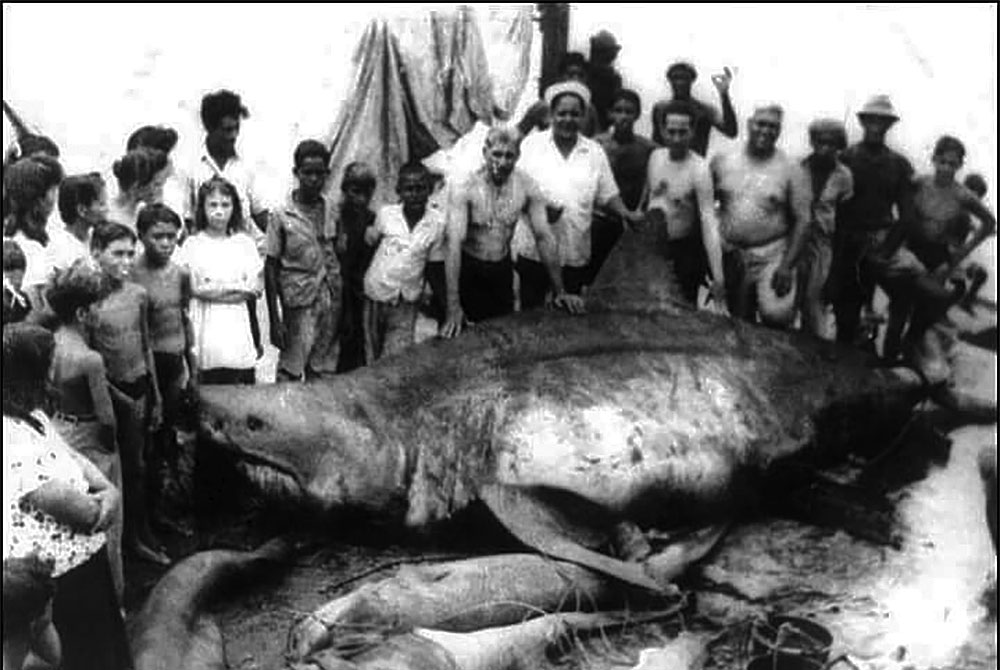 The ocean is full of diverse creatures of all shapes and sizes. But one notable marine creature is the great white shark, the biggest predatory fish on Earth. They measure from 15 feet or 4.6 meters to 20 feet or 6 meters and can weigh up to 5,000 lbs or more. These marine species have gray upper bodies which allow them to blend with the coastal seafloor and at the same time, have white underbellies. They are also powerful swimmers whose tails help them reach up to 24 kilometers per hour. Like whales, they are also capable of breaching when attacking their prey from underneath.

Often found in cool and coastal waters around the world, the length of an adult is relatively the same as an ordinary bus. Hence, let’s take a look at the biggest ever found and the other massive great sharks ever caught.

On May 14, 1997, it was said that the biggest that was caught in Hualien County in Taiwan, whose length is estimated at 6.7 to 7 meters or 22-23 feet. However, the record remains unratified.

Hence, the record still remains. The biggest great white shark known to man was caught by Cuban fishermen in the Gulf of Mexico, just a few miles from Cojimar in Cuba, in June 1945.

According to shark experts Richard Ellis and John McCosker, the largest ever that was accurately measured was called “El Monstruo de Cojimar” and has a length of 6.4 meters or 21.3 feet. It also weighed 7,100 lbs or 3.2 metric tons.

It took hours before the fishermen were able to kill this animal using a harpoon, a wooden pole with a sharp bronze tip, whose size is bigger than their boat. According to the stories, these animals even “put up a good fight,” attacking and biting the keel of the boat and destroying the rudder.

Other Cases Ever Caught

Aside from the one caught by the Cuban fishermen, there are other instances of these animals getting caught.

According to the Canadian Shark Research Center, the largest which accurately measured was caught in August 1983 at Prince Edward Island off the North Atlantic coast. The one caught was a female one and measured 20.3 feet or 6.1 meters. Based on the reports, it was caught by David McKendrick, a local resident from Alberton in West Prince.

In 2009, another massive sea creature was caught in Guadalupe Island in Mexico by the expedition crew of Shark Men, a show on National Geographic Channel. It was named Apache, after boat captain Brett McBride’s dog, and measures 17.9 feet long or 5.5 meters. Apache was eventually released after the scientists tagged it to enable them to track its movements.

Because of overfishing and accidental catching, these amazing animals are considered endangered species. Hence, scientists cannot determine the exact population due to the rapid decrease in this creature’s number.