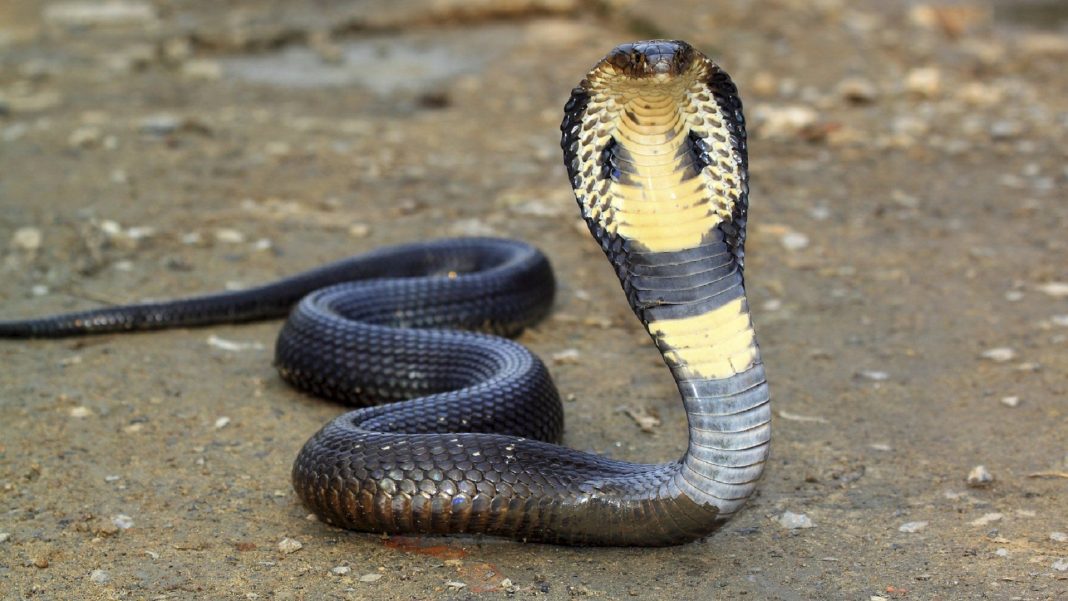 King cobra is one of the most famous types of snakes because it is considered to be the longest. This type of animal can prey even to its own kind. You will find the majority of them in the different forests of Southeast Asia particularly India. It can eat up a rat snake, a small python, or even other venomous snakes that is the same with its nature. After eating a large meal, this type of snake can go on with its life for few months without eating.

The longest or biggest venomous king cobra was caught in Malaysia.

According to records, this is 18 feet 2 inches in length. The event when this longest snake was captured happened many years before. In April 1937, this reptile was captured in Port Dickson, Nergri Sembilan, Malaysia.

With the mission to preserve its kind and to make it safe from people who might kill it, the snake was moved to a certain zoo in England where it was taken care of until it was able to grow and attain the length of 18 feet 9 inches. This is considered to be more than the average length of a usual king cobra.

For other facts, when it is fully grown can kill an adult elephant with its venom. This is how powerful a venomous elephant is especially when it has attained the highest part of its growth. With its 25 years of existence, this reptile can be a threat not only to the usual group of prey but also to the other snakes around it.

This type of snake is not really as aggressive as humans. When they are being confronted, they make a way to go out of the situation and try to avoid any possible confrontations. However, when they can no longer escape, that is the time when they become very aggressive. When it senses a sudden movement, it is easily alerted. With its ability to raise its body, it can easily strike forward to a longer distance. You should know that this type of snake is not really something that usually defends itself when it is confronted. It would become aggressive when there is no way for it to escape.

According to studies and observations, the sound that this reptile is making is lower than what other snakes make. The female cobra can lay 20-40 eggs and unlike other snakes, they are very dedicated to nurturing or caring for the eggs.

The female stays beside the eggs in order to protect them from other animals that may harm them. In 60 to 90 days, the eggs are then ready to be hatched. After hatching, the mother goes out in order to look for her own food. This is very important in order for her not to eat the baby snakes.

All in all, a venomous king cobra is one of the most powerful snakes not only because of their venom but also because of how far they can strike.