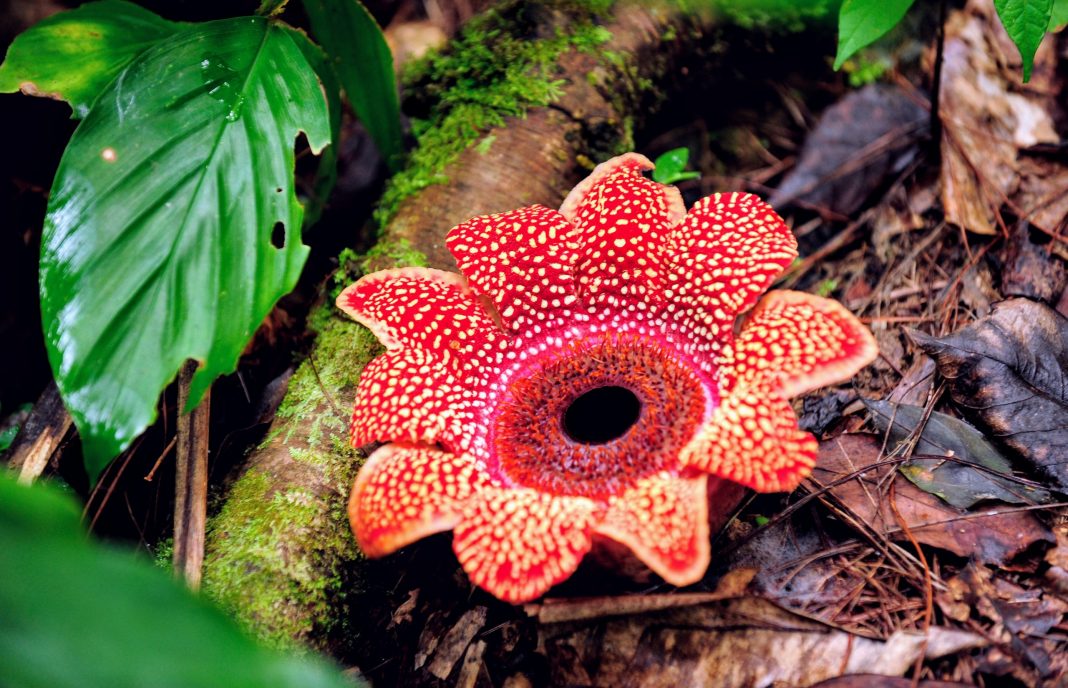 Flowers are a representation of beauty. Not one found on earth does not hold its own defining attractiveness. When a man expresses his intention and love to a woman, he always sends her a flower or gives her one if he gives her a visit. The most common is the red rose which rules the list of the most romantic gift that can be given to a woman. However, there are also other kinds of flowers that are bestowed because of their unique characteristics. Some of these flowers may have a wonderful smell while others have delicate petals. Some of them can be small while others can also be huge.

It can be very unusual if a suitor comes to visit a lady of his liking bringing a Rafflesia arnoldii which is the biggest flower in the whole world.

This is a very rare flower that can be found in the rainforest of Borneo and Sumatra however it is now considered endemic. Aside from being the biggest flower, it is also known for its unlikely smell which is similar to what a rotting flesh smells thus gaining the name “corpse flower”.

It is very popular in Indonesia and it is one of their three national flowers. The other two are the moon orchid and the white jasmine. There are other species of this flower that can be found in other places in the Southeast Asia countries such as Thailand, the Philippines, and Malay Peninsula. It was first discovered by an Indonesian guide who is part of the expedition led by Sir Thomas Stamford Raffles in 1818. It was said to have been discovered even in the earlier years around 1791 but the notes of Louis Deschamps were seized by the British and were not released in the open until 1861.

The flower is indeed unique aside from its size because it does not have stems real roots or any leaves. The only part which is visible is the flower which has five petals that can be beyond 100 centimeters or 39 inches in diameter and it weighs up to 10 kilograms.

How it lives is because of it being a holoparasite of vines thus its haustorium which is the absorptive organ sticks to the inner tissue of the vine causing it to live. It pollinates by way of the insects such as flies it attracts because of its foul smell.

Reproduction of these plants is a little bit difficult since they normally grow in undisturbed dense forests. The flower is also the only part that can be seen but it takes a couple of months before it fully develops and reveals itself plus it only takes several days then it withers.

Compared to other flowers, these are also unisexual therefore copulating and reproduction are not that easy to do since the female and male species are hard to distinguish. The insects are the only hope in distributing this giant flower since it is now becoming rare all over the world.

Although more people are becoming aware of the need for balance in nature, there are still a lot of people who are not really taking responsibility and helping out for the greater.