The Most Dangerous Bird in the World 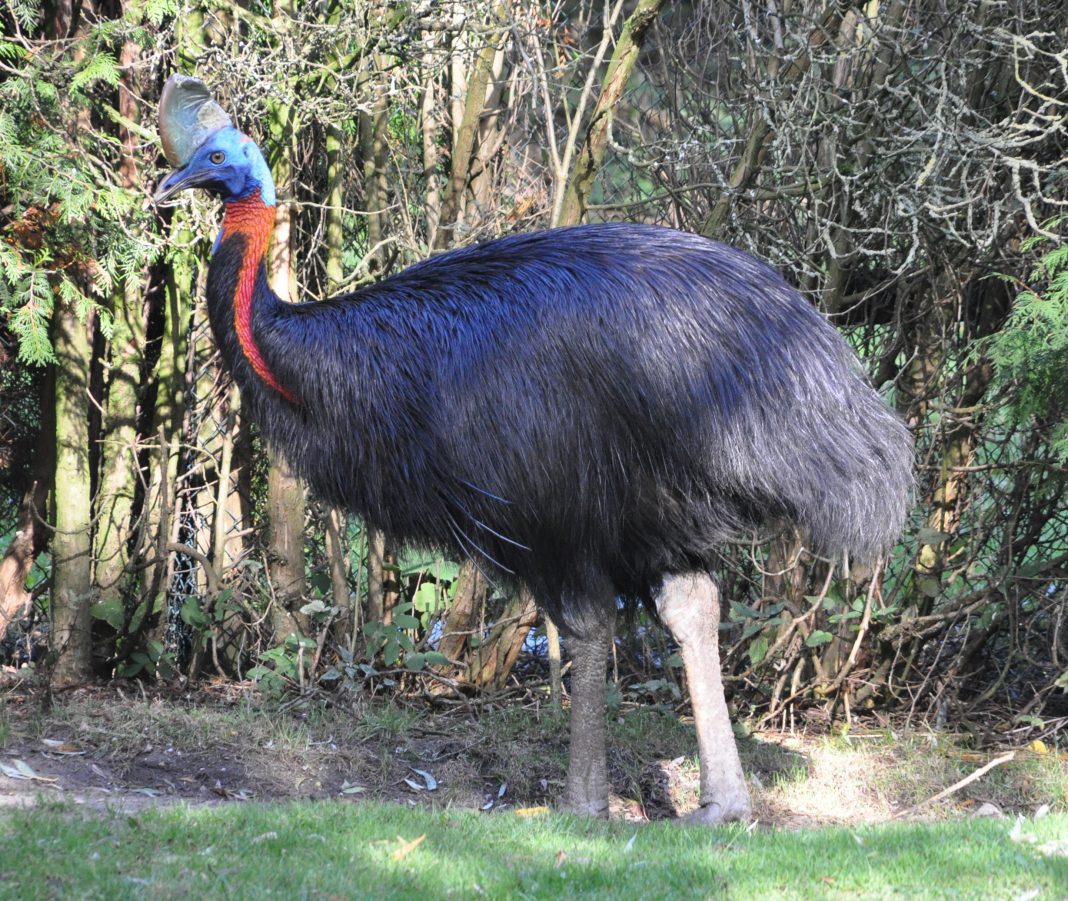 Birds are majestic creatures that hover over the skies in grand form. They are often depicted in songs and poems from ancient times as creatures that bring elegance to the world above. They are kept as pets by royal families and are often used as means of communication in far-flung areas.

Birds bring so much joy to people that they are kept in zoos nowadays so that people can see and enjoy their majestic features. There are millions of species of birds out in the wild. Some are small while others are dangerous. Vultures and eagles tend to hunt with their sharp claws and beaks but there is only one bird that is both dangerous to humans and animals alike.

The Southern Cassowary is the most dangerous bird in the world.

It is found in the rain forest on the northeastern coast of Australia. Although it looks harmless and colorful, it is the most dangerous bird known to man.

It is also the third-largest bird on the planet after the ostrich and the emu but it is now considered as endangered as well.

There are at least 1,500 southern cassowaries left in the wild today. There are known facts that the main cause of their dwindling population is human hunting. The reason why humans hunt the southern cassowary is that they are very dangerous to humans. They have been known to attack and kill humans when they are cornered or in defense mode.

The Southern Cassowary is a large bird. Males are covered in black shiny feathers with a large casque. A casque is a hornlike crest on top of the male southern cassowary’s beak that resembles age and dominance over the territory.

Most females are smaller than the male ones but they are highly dominant especially during the mating season. They often let the males fight over and impregnate her. After the victorious male gets the female southern cassowary, the female lays the eggs and leaves. The male is left to fend for himself along with the eggs.

For around several weeks, the male will lose almost half of its weight while tending to the eggs and feeding himself. He cannot seek out food for long-distance over long periods of time as other predators might take interest in the eggs.

This is also the time that the Southern cassowaries are very dangerous. They are very ferocious when they are defending their nests.

Southern Cassowaries can run up to 50 kilometers per hour through the dense rainforest. This means that they can chase anyone and anything over the thick forest without any hassle. Although they are known to be herbivores, they are also able to digest and eat small invertebrates such as worms. Insects and spiders are also their go-to food source when there is no food around.

Southern Cassowaries are also dangerous to humans since they crossroads without warning hence the Australian government has set up road signs to help drivers from hitting the birds when they cross the road.