The Largest Insect in the World 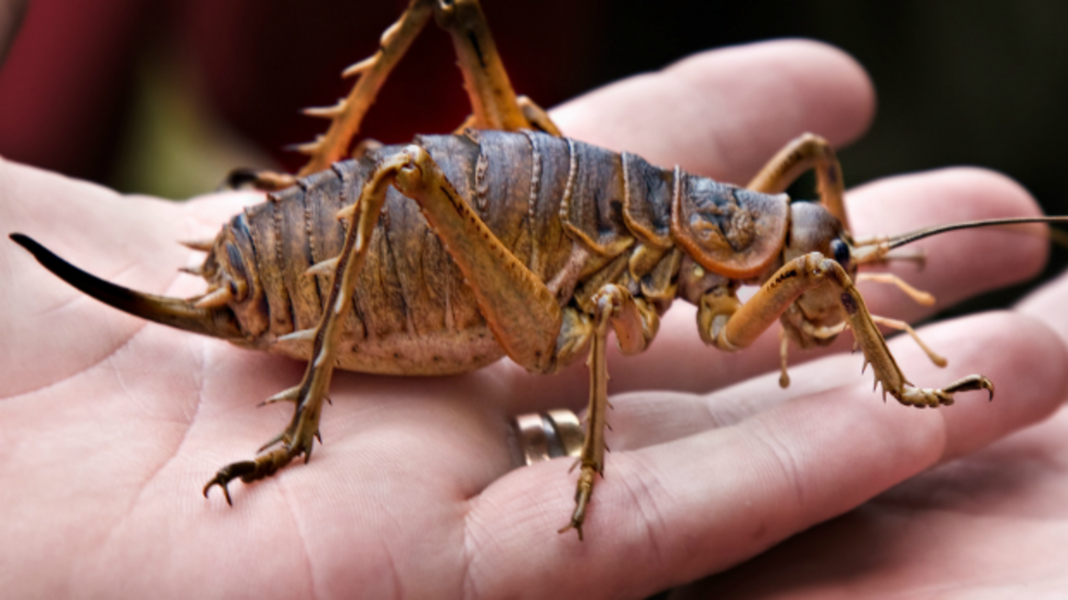 Insects are often pesky and annoying. Some of them are small enough that they usually come in hundreds or thousands like ants and termites. Others tend to go in pairs or in groups. These small insects usually like to gather in dark places while others enjoy basking under the sun.

The largest insect ever found was discovered by Mark Moffet. It was a female weta.

At 53 years old, Moffet was a former park ranger who had visited the island off the coast of New Zealand named Little Barrier Island. He and two others were walking down the trail in the small island for two nights when they came across the giant weta for the first time.

The three men instantly took pictures of the giant weta while it was munching on the carrot. The giant weta was indigenous to the island as well as the mainland before but the accidental introduction of rats from Europeans wiped off the insect from the mainland. Now, only the island of Little Barrier sheltered these insects from harm.

These giant wetas usually gain weight around 70 grams or 2.5 ounces thus making them the heaviest insects in the world as well. Normally, they are about 4 inches in length without including the legs and antennae.

The giant weta found in New Zealand is called the wetapunga. In 2011, another was found and weighed 71g while another was discovered to be 72g. These large insects only feed on wood barks and occasionally eat edible plants.

Much to the dismay of scientists all over the world, this type of weta is now only exclusive to the island since most of them have been wiped off in the mainland due to the infiltration of foreign predators such as rats. If man could have been careful with what they brought to the island, we would still have enjoyed these gigantic creatures and admire their size and shape. But, we are now limited to seeing them through pictures over the internet because of the result of carelessness. This is a lesson for all of us.