The Largest Simultaneous Flash Mob Recorded in the World 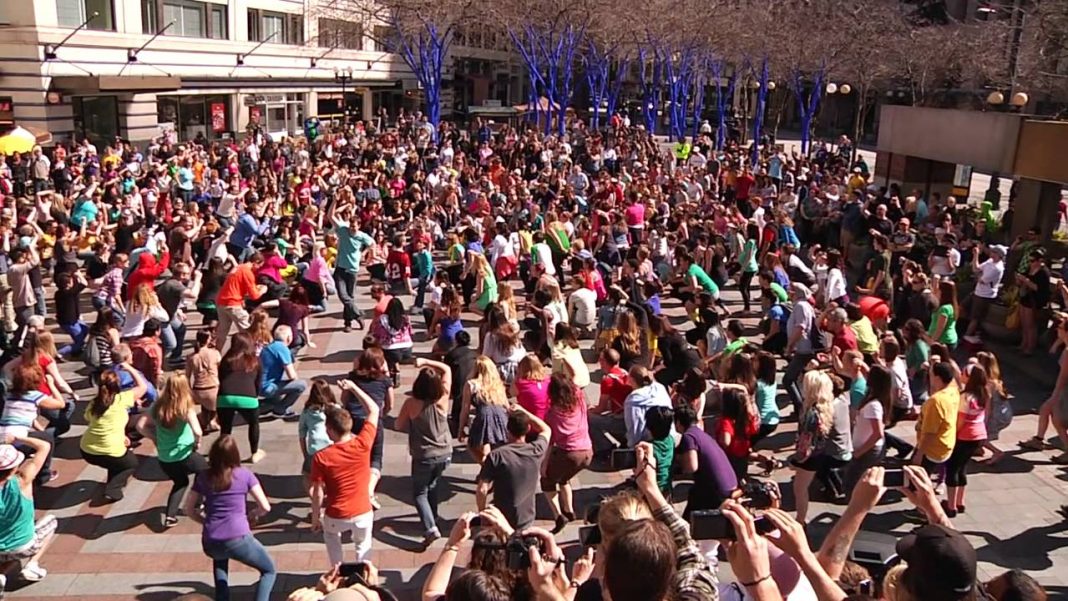 Being part of a big, simultaneous event can make one feel extremely excited. We’re talking about flash mobs and how these simultaneous, group public dances have always sparked excitement and interest not only on the dancers but also on the onlookers.

You have to admit – a sudden flash of dancing around you in a public place will really make you look, and will even make you smile.

Movies like Friends with Benefits starring Justin Timberlake and Mila Kunis, and Step Up 3D starring Ryan Guzman and Kathryn McCormick, we can say has popularized the idea of flash mobs all over the world. Although yes, flash mob has been preexistent even before these movies were released, but people have been more interested to join flash mobs since and these sudden public dances have been popping up everywhere.

How to “Flash Mob”

In reality, there are no “strict” rules when it comes to doing flash mobs.

You need a group of people willing to dance. You need a venue – preferably somewhere public and with the element of surprise.

You need the music, of course. You need your dance routine – can be simple, nothing too complex. You need to put all these together and you got yourself a flash mob.

Does one need to be a really good dancer? In the sense, one has to know how to dance or is willing to dance, most importantly. If you are dancing in big group and the idea is to bring entertainment and a flash of energy to the public, then you can – as they would say – ‘dance your heart out’.

The largest simultaneous flash mob ever recorded occurred in May 2003 and was joined by more than 50,000 people from 300 different cities. It produced a total of 168 videos of the flash mob from city to city. With a crowd like that, it’s actually a wonder how they fit everyone in 168 videos.

The crowd had to learn the dance routine by tape and practice it separately before the event.

The event was promoted and organized by the company ViSalus to campaign about their health program “Body By Vi” and the Vi-Shape Nutritional Shake. Since the company promotes health and weight loss, the best way they could campaign about it is through a massive simultaneous physical even that promotes exercise and fun at the same time. Thus, we have the largest flash mob that was ever recorded.

Dancing has always been a way to express oneself. Whether you are happy, excited or even sad, you can dance to show your emotions and vibrate the energy within you. Dancing dates back to ancient times and many different cultures. T

here are different ways to dance, different types of music to dance for, and different ways to express yourself. Joining a flash mob is only one of the many. But as far as wanting to be part of a big group with one goal, this is a pretty good start.

The Longest Number One Song on the Billboard