The Longest NBA Game in the World 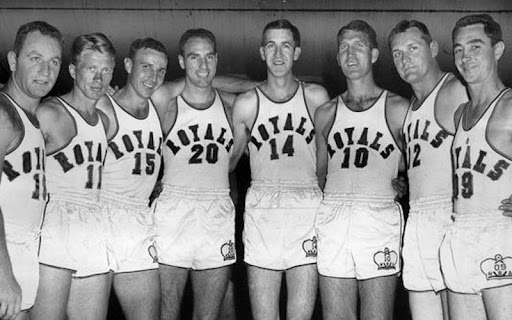 The NBA or the National Basketball Association is a prestigious league that has breed many talented basketball players from the US and all over the world. It is the most famous and popular basketball league all over the world and most of its players are now superstars. Michael Jordan and Magic Johnson are just a few of the names that are forever etched in the history of the sport. The NBA is a breeding ground for talented basketball players that lead their team to victory.

With such high anticipation and talent within the team, a match against an equally talented team is most likely to come out exciting and exhilarating. This can lead to a very long game in which fans can appreciate. With that, the NBA has had a few very long games in the past but none is longer than the longest game held in the history of the NBA.

The longest game in the history of the NBA happened on January 6, 1951, with the match between the Indianapolis Olympians against the Rochester Royals.

The game ended with a score of 75-73 in favor of the Indianapolis Olympians. The game had six overtimes. The reasoning behind this record is that the 24-second shot clock rule was not yet imposed.

It was only three years later after this match that the rule of having a player shoot the ball within a 24-second time frame was implemented and became official. In fact, during this record-breaking game especially during the six overtimes, only 23 shots were attempted the entire time. It was all about defending the goal and preventing the other team from making a point hence the low score by today’s standards. With that, the official rule was implemented by 1954 and it soon became a standard in all basketball games.

Aside from the game in 1951, there were also other games that have taken too much time and made the game along and exhausting match up.

On November 24, 1949, the Syracuse Nationals were able to win against the Anderson Packers in five overtimes with a score of 125-123. It is the second-longest game in the history of the NBA. This was also before the time when the shot clock rule was imposed hence the game was extended over a period of time.

The score was much higher than the longest game in the NBA due to the fact that the teams were on an all-out offensive strategy which was exciting and exhilarating for the fans who were watching the match.

The game in 1951 overall was a letdown due to the prolonged period of time when the teams were simply holding out and defending the ball instead of going in an all-out aggressive strategy.

After the rule was imposed, games were now much shorter and would only span around an hour and a half depending on the match. The games are also much more exciting and fast-paced since a team can only play with the ball for 24 seconds.