The Most Expensive Women’s Lingerie in the World 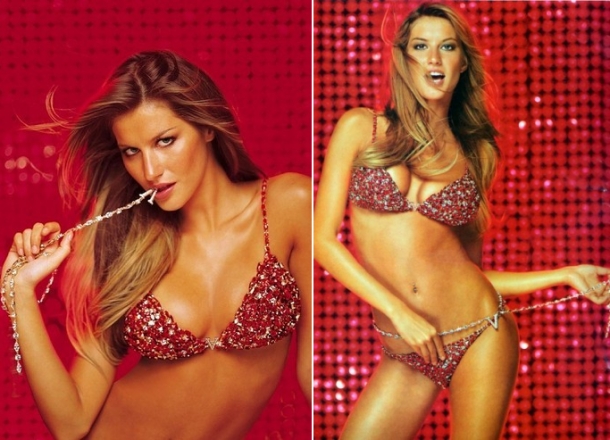 Lingerie is considered a quintessential part of women’s fashion. Yes, although lingerie is mostly hidden and worn underneath your clothes, it has been known to empower and make women more confident with their bodies and with themselves as a whole. Thus, many women invest in lingerie as much as they invest in clothes and shoes.

When we talk about lingerie, probably one of the most popular brands is the illustrious Victoria’s Secret. But let’s forget about the brand since we’re talking about the most expensive women’s lingerie here.

As if being branded as the most-awaited and sexiest fashion show on earth is not enough, Victoria’s Secret has also claimed the title of creating the most expensive women’s lingerie – specifically, a bra.

The Victoria’s Secret Fantasy Bra is one of the most awaited bras in their catalogue and fashion show. Every year, the lingerie company creates a uniquely designed bra packed with gemstones and shining shimmering diamonds. One lucky angel will dominate the catwalk every year when she gets chosen to wear the fantasy bra.

To make it more exciting, fantasy bras always follow a theme. The different colored gemstones are put together to come up with both a realistic and dreamy design that makes it in every way a “fantasy” bra.

The Most Expensive Fantasy Bra

It is not only a unique fantasy bra for Victoria’s Secret, but it has also gained a title in the Guinness Book of World Records as the “most extravagant and expensive items of underwear ever created”.

The title itself will tell you, and as a world record, that this bra is far from ordinary.

The set costs a stunning $15 million. The bra alone has 300 carats of Thai rubies that are stitched into a red satin. The theme follows a bejeweled design that displays oozing sexiness and elegance. Who wore it in the fashion show? None other than the sizzling hot Victoria’s Secret Angel, Gisele Bundchen.

Who Buys These Bras?

It is quite understandable to be astounded and curious to know if anyone has bought bras as expensive as the Fantasy Bras of Victoria’s Secret. To clear the air, not all bras were purchased.

Since their introduction to the VS catalog in 1996, only two fantasy bras were ever purchased: 2004 Heavenly “70” Fantasy Bra worth $10 million and the 2012 Floral Fantasy Bra and Gift Set worth $2.5 million.

To cut your fantasy even shorter, the other bras that were not purchased were actually dismantled after a year. A sad demise to fantasy, it’s just how it is.

Although it is agreeable that the Victoria’s Secret Fantasy Bra is created first and foremost to be sold, the reality is that these bras are mere representations of the well-distinguished lingerie company that has become a part of many women’s wardrobe. Let’s just say that Fantasy Bras are there to give us mere mortals a vision of fantasy, even just for bras.

The Most Expensive Beauty Product in the World

The Most Expensive Pair of Shoes in the World