The Smallest Living Dog in the World 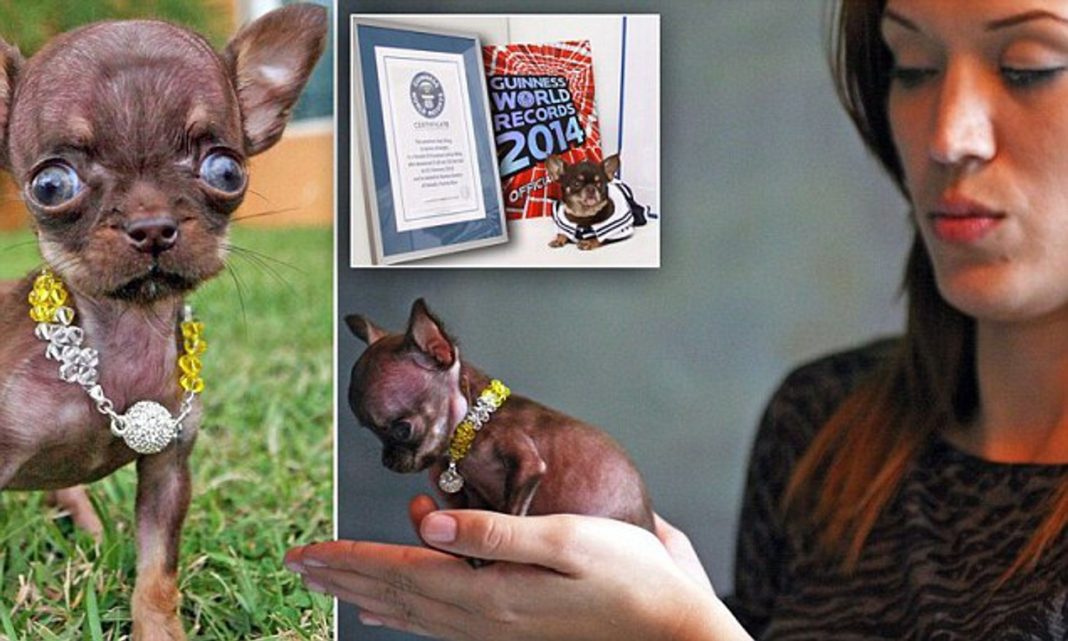 Dogs are man’s best friends. They are very loyal and are very fond of people. Most of the time, dogs are considered family and not as pets. They often play and keep people from being stressed. It has been known that keeping dogs help people with depression and people with post-traumatic stress disorder cope up with the stress. The reason behind this is that dogs are able to detect if their owner is sad and needs some company. This is why they end up playing with their owners. There is no one in this world that does not like a playful dog.

Dogs come in different shapes and sizes. Pitbulls and German Shepherds are known to come in large sizes with Maltese and chihuahuas are known to be very cute and pint-sized. But, whatever size and shape they come, dogs have always been known to be fiercely loyal and friendly to their owners.

The record for being the smallest living dog goes to Milly.

Milly is the world’s smallest living dog with a height of only 3.8 inches. Milly was born in December 2011 but has not grown since then. Milly is a Chihuahua. Most Chihuahuas grow larger than Milly but the cute dog has become a worldwide phenomenon when she stopped growing after she was born.

Milly lives with her owners in the town of Vega Alta on the eastern side of Puerto Rico. When she was young, Milly would only be fed using an eye dropped and she could fit in a teaspoon. And although she was fed with healthy and nutritious food, she was still unable to grow the normal size of a Chihuahua. She is currently weighing only a pound. For comparison, Milly’s grown only to a size of a dollar bill or a Hershey’s chocolate bar.

The dog would sleep in a doll’s crib when she was young and was fed every two hours until she was strong enough to stand up and walk. She now sleeps in a baby’s crib and is able to eat food cooked by humans.

Chihuahuas are known to be the smallest dog breed in the world. The breed originated in Mexico and descended from the Techichi which was a favored companion dog by the Toltec civilization in Mexico.

Chihuahuas grow between 6 to 9 inches while others grow to 12 to 15 inches. It is highly a rare phenomenon for a dog with this breed to only grow below 4 inches let alone grow at only 3.8 inches. Chihuahuas require expert veterinary attention when it comes to birthing since they are quite small and are prone to several genetic anomalies. They are also prone to pain diseases like hydrocephalus.