Deepest Sinkhole in the World 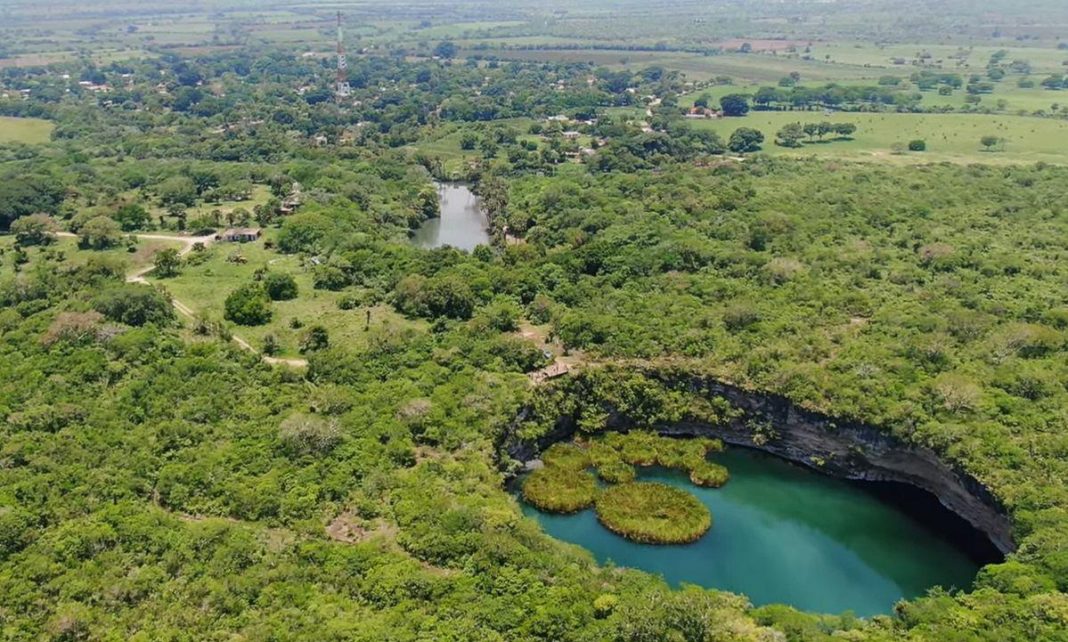 Sinkholes naturally occur in the ground. They are formed when a layer of the soil above and below collapse due to the certain phenomenon that triggers it. There are a lot of reasons why sinkholes happen. One of which is called the Karst Process wherein certain natural chemicals dissolve the rocks that are part of the different layers of the ground. When the layer is completely dissolved it cannot hold onto the layer above it hence it collapses and forms a sinkhole.

Another is through man-made sinkholes either done accidentally or intentionally. Most of the time, this happens in mining areas or areas that have weak layers of soil beneath them.

One of the most common places to have sinkholes in Guatemala City. The city itself has had two sinkhole accidents in the past decade namely the 2007 and 2010 sinkhole.

Sinkholes vary in size and depth. There are sinkholes that are only a few feet deep while others are beyond a hundred meters deep. One mysterious sinkhole is found in the Caribbean known as the Great Blue Hole. It is a large sinkhole underwater off the coast of Belize but there is a far deeper sinkhole than the one found in the Caribbean.

The deepest sinkhole in the world is known as the Zacaton or El Zacaton sinkhole.

It is a water-filled sinkhole found in the Zacaton water system in Tamaulipas, Mexico. It has a total depth of 339 meters or 1,112 feet.

The depth was measured by a robot that was submerged under the thermal water of 30 degrees and was able to measure up to 319 meters of depth and when added to the 20-meter difference between the rim and the surface of the water, the El Zacaton was found to be the deepest sinkhole in the world.

The bottom of the sinkhole is around 130 meters below sea level and such deep sinkholes are not created by normal groundwater eroding the layers of soil above and beneath it but by volcanic processes.

The Zacaton also has its own fair share of records as well. In 1993, Dr. Ann Kristovich set the world record depth of 169 meters when she dove down the sinkhole. In 1994, two explorers also made a record with 282 meters deep but one of them died at the depth of 879 feet due to high-pressure nervous syndrome.

The discovery of the El Zacaton sinkhole dated sometime in 1795 when the viceroy of Spain, Felix Maria Calleja describe the sinkhole as a large cave wherein a deep cavity was found and had a lake with an island on it. The waters of El Zacaton can reach up to 29 to 30 degrees warm with a sulfurous odor and a slightly acidic level of pH 6.9. No animals are able to survive in the harsh conditions of the water but there have been microbes and other microorganisms that thrive in the warm acidic environment of the sinkhole.