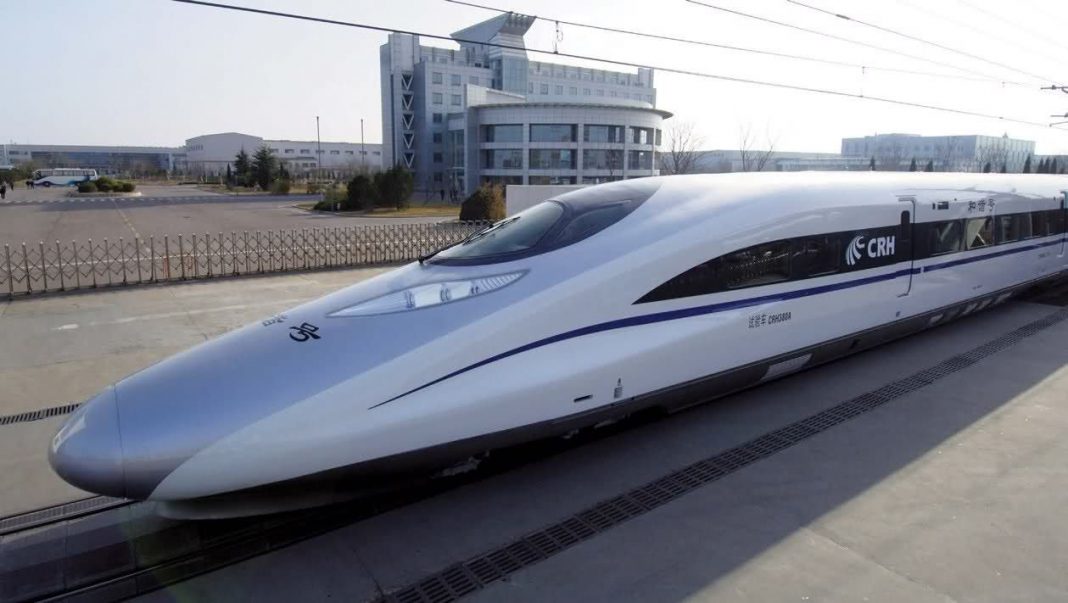 Trains have been around for a long time. It’s basically a unique type of land transportation that can’t move unless there isn’t a railroad to support it. Then they are also limited to go as to where the railroad will take them. In the years that went by, trains have evolved from a lot of different aspects. In the past trains were powered by coal and steam. Nowadays, there are still trains that rely on this power but the more advanced trains use electricity and other sources of energy. Trains nowadays are used for either passenger purposes or transporting materials. Their speed would vary but the most common fast running trains are powered by modern-day technology.

The fastest train in the world is the China Railways CRH380A in China.

The Railways CRH380A runs at a speed of 380 km/h or 236 mph. Its testing speed recorded around 486.1 km/h or 302 mph. It is currently used as a passenger train with its route from Shanghai to Hangzhou covering a time rate of 1 hour and 20 minutes minimum.

It also covers the route from Nanjing to Hangzhou covering a travel time of 3 hours and 20 minutes. The speed has been reduced to 355 km/h or 221 mph in order to keep the passengers safe in mind.

The train was created in early 2008. Before becoming what the train is now, it had undergone several testing phases for speed, durability, and the power source. The test initially recorded around 400 km/h which was then modified and tested for more months later.

In 2009, China had invested in the project due to the good results it showed. They invested a total of $6.64 billion and development began. In 2012 it went to commercialization and was made possible for passenger travel.

This was to ensure that outside noise and sounds from the train wouldn’t enter the inside of it, especially in the passenger area.

It also has a high powered traction system giving it the speed it generates. It has regenerative braking to ensure a safe stop in case of emergencies. The body is made up of certain light alloys to ensure a fast and easy ride. The alloy itself is durable and hard despite the light-natured manner of the metal.

The world of passenger or transport trains is still alive and chugging today. Despite some of them not using the power of coal, trains will be there in the long run. The speed of the train doesn’t necessarily affect the passenger inside. That’s because people won’t be manufacturing a dangerous passenger train.