The Most Famous Family Feud 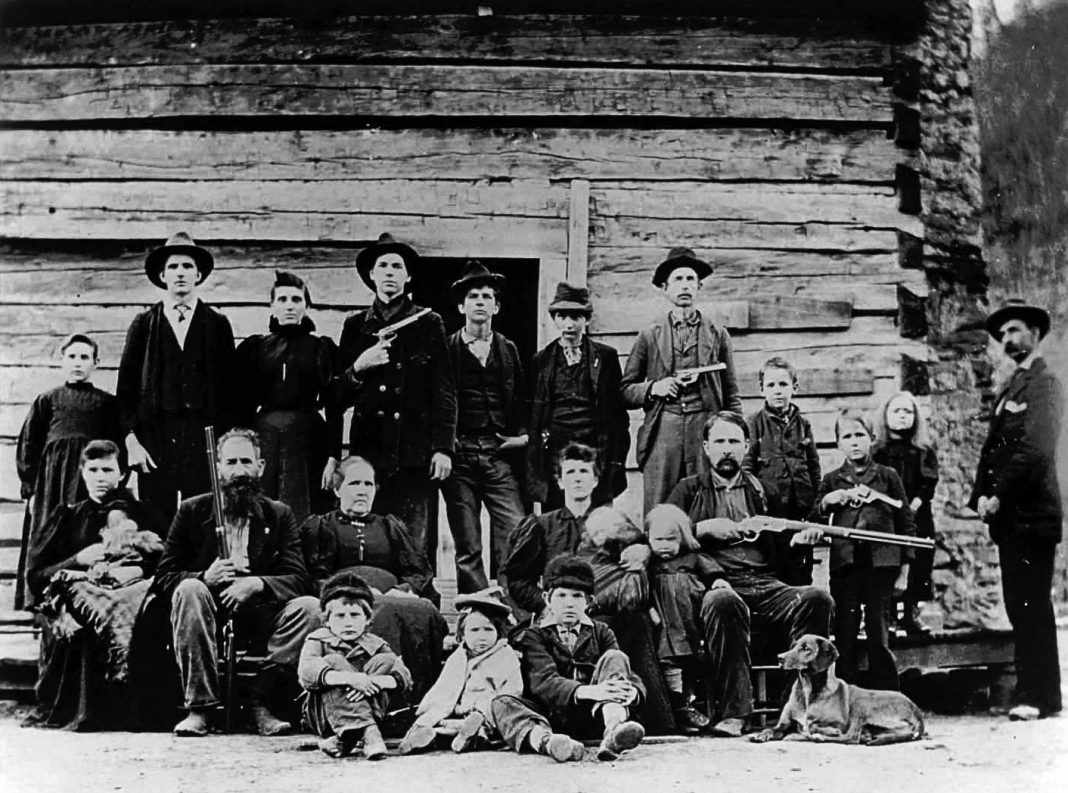 Families often support each other through thick and thin. Most families have ideals that more often than not contradict other families’ ideals as well. This can lead to a clash of interests and they can end in a family feud. Throughout history, we have seen and heard of different families that have fought with another family in order to gain popularity or notoriety.

In the middle ages, families of one kingdom would marry another in order to preserve the line but there will always be another family that would interfere and causes trouble to the agreement. There are also tales of love from a rich family and a poor family that is not meant to be. One might seem that it is fictional but it has happened before. But, there will always be that one family feud that has stand the test of time in becoming the longest family feud in history.

The most famous family feud belonged to the Hatfields and the McCoys.

The McCoys suspected that it was Devil Anse Hatfield who murdered Harmon but was later on confirmed to have been sick at the time of the murder. Later on, more suspects came around including their uncle Jim Vance who was also a member of the Logan Wildcats

The Hatfields were natives of West Virginia and have fought for the Confederacy during the American Civil War. Meanwhile, the McCoys were from Ireland and immigrated to Doe Hill, Virginia around 1750. They then settled to the Kentucky side of Tug Fork. The feud first erupted when Asa Harmon McCoy, a returning Union soldier just off from the American Civil war was murdered by a group of former Confederacy soldiers known as the Logan Wildcats. .

The family feud continued 13 years later when a disagreement erupted between Floyd Hatfield and Randolph McCoy about the ownership of a hog. The feud further escalated when Roseanna McCoy had a relationship with Johnson Hatfield and left her family to live with the Hatfields.

Roseanna soon returned to the McCoy but Johnson followed her and tried to resume their relationship but he was then arrested. Soon after, Roseanna was pregnant but Johnson already abandoned her for Roseanna’s cousin Nancy McCoy in 1881.

The feud continued in 1882 when Roseanna’s brothers attacked Ellison Hatfield and stabbed him 26 times. The police arrested the brothers but the Hatfields intercepted the transport that carried the brothers to West Virginia. When Ellison finally suspected of his injuries, the three brothers were tied in pawpaw bushes and were killed. The feud ultimately went to a high when Hatfields surrounded the McCoy cabin and riddled their home with bullets.

Randolph McCoy was able to make a run for it but it cost him two of his children and his wife. The remaining McCoys escaped to Pikeville to avoid the raiding parties. Soon after, the people who were suspects of the massacre known as the New Year’s Massacre were captured and imprisoned. One was executed by hanging.

The execution then led to a sudden abrupt end to the fighting between the families as they have realized that more and more people are bound to die if they continue to fight over.