The Largest Human Sacrifice in History 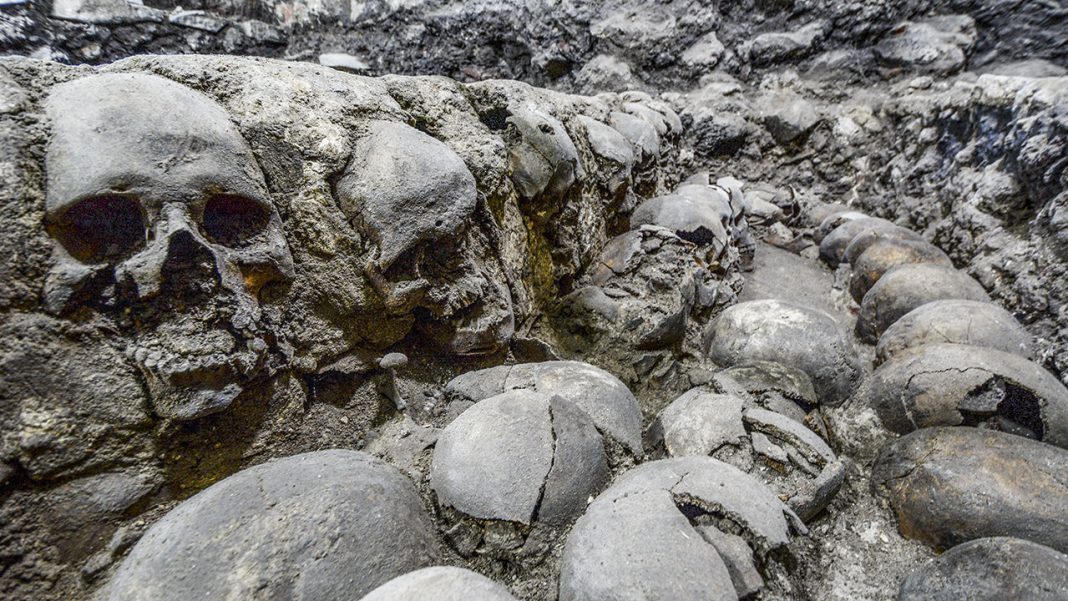 The gods, as the Aztecs believed, would bless them if they offer the lives of humans. Amongst the civilizations that flourished in the Meso-American region of the continent, the Aztecs were prolific in terms of conducting human sacrifices. At one point, there were rumors that when Europeans were invading their lands, thousands of them were captured and were sacrificed to the gods in order to protect them. But, there has been no scientific evidence to pinpoint exactly what happened.

In early 2013, scientists who have been excavating at the site near the city of Mexico discovered 150 skulls with one or two vertebrae attached. This suggested that the skulls were hacked off from the body of the victims. The other part of the body was not found which meant that the skulls were placed in an area designated for human sacrifice rituals.

By far, this has been the largest human sacrifice in history that was scientifically studied.

Although the city itself was discovered years ago, no one knows which civilization built the city and the Pyramid of the Sun itself. Scientists have already accepted that the Pyramid of the Sun was the site of gruesome human sacrifices but no one was able to see that the site itself was also the site of mass human sacrifices. Images were not published out of respect to the fact that the newly discovered skulls might be connected or probably would have been descendants of the locals living in the area.

In October 2012, scientists have discovered 50 decapitated skulls and 250 jawbones in the area as well. But the discovery of 150 more decapitated skulls further proved that the site was a specified area where human sacrificial rituals were done. It was also quite baffling that the skulls were all males which suggested that they were specifically chosen to be sacrificed and not the result of slaughter from a leader or from the locals.

Throughout the years, the Meso-American civilizations have always been keen on performing human sacrifices but the selection process itself remains mysterious. Most of the skulls discovered in these sites were from men and only a few were from women. This would suggest that a specific ritual could have required a male human sacrifice while another would require a female human sacrifice.