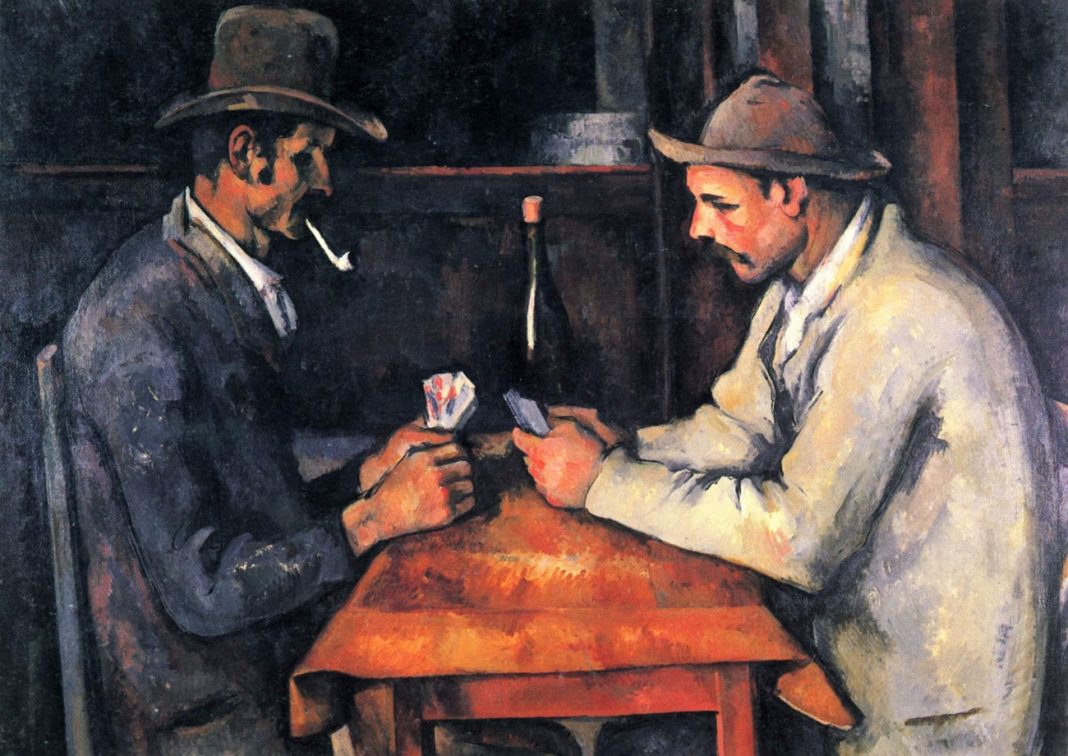 Paintings are artworks that come at an expensive price. This work of art is something that expresses someone’s feelings or perception about a certain situation, person, or thing. There are different subjects that you can choose from in this form of art. In this section, you will find different information about the most costly work of art that was ever sold in the world.

The Card Players is considered the most expensive painting in the world.

The most pricey version of The Card Painting was bought with a price that is between 250-300 million dollars. There are different critics who have provided positive comments about this work of art. This is one of the painter’s works that were acclaimed. In this, you would see an illustration of men who are smoking their cigars while they are concentrated in their own cards.

This can be depicted by the way their actions are illustrated in the piece. Their eyes are downcast on their cards as they are seated together at the table.

It that was created by Cezanne basing it from the 17th century where drunkards are into gambling as they stay in the taverns where they spend the majority of their time. He depicted stone-faced men who are serious about what they are doing. Many people love this work of art because of the heightened emotion of the people who are playing card games.

There are different versions of The Card Painting that was created and the largest one was painted sometime in 1890-1892. This is a more complex version as it is placed on a canvas that is 134.6 x 180.3 cm. There are five figures in it; the three people who are playing card games at a table that looks like a semi-circle and the other two people at the back who are acting as spectators.

You would see how the spectators and the players focus on the game with a serious face. Even the spectators are looking down on the cards. There is also a man on the backside of the painting that is holding his cigar and patiently waiting for his turn to play.

In the three versions of this work of art, the most famous is the Musee d’Orsay painting in Paris that is also considered to be the smallest with only 47.5 x 57 cm size. One of the historians named Meyer Achapiro described this as the most monumental and also most refined among all the versions. There is a great difference in this painting and it is the last part of the series. According to historians, this is one of the paintings that are high profile.