The Longest Movie Title in the World 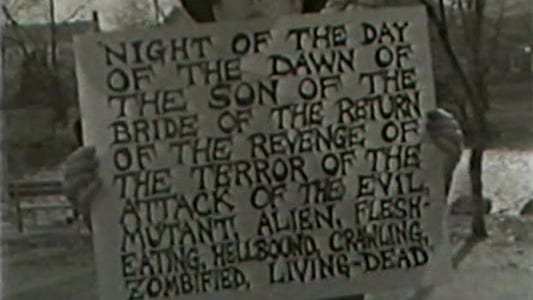 They say that you cannot judge a book by its cover, but in the case of movies, it’s a totally different story. Creating a movie title is critical to capturing the audience’s attention. The title alone should be exciting, should give a small concept of the movie without giving a lot away.

It should leave some for the viewer’s imagination and should be interesting enough that people look forward to its release. Yep, choosing a movie title alone is already a day’s work as it is.

Most movie titles give us a small hint on what the movie is all about – except for those titles with the names of the characters, in which case the tagline would give us a preview of the plot. There are also some movie titles that have relatively little connection to the movie, but while watching, we have a sense of realization like “Oh, so that is where they got that from”.

Yes, movie titles play a tricky role in the success of the movie. But of course, the majority of the success rests on the actual movie and story itself.

How to Make an Epic Movie Title

If you are planning on making a movie in the future – which, let’s be honest, we all do – you might want to proof your chosen movie title with these few tips.

The longest movie title in the English language has 41 words and 168 characters (excluding spaces). Imagine that long of a title in a movie poster. Written and produced by James Riffel, and directed by Lowell Mason which is an alias for also James Riffel, the movie with the longest title is the second installment to a series of parody films involving Zombies.

The title of the film is:

Night of the Day of the Dawn of the Son of the Bride of the Return of the Revenge of the Terror of the Attack of the Evil, Mutant, Alien, Flesh Eating, Hellbound, Zombified Living Dead Part 2

Anyway, after all that, most of the movies’ success still rests on the plot, the producers, directors, and actors who work hard to give you entertainment for 120 minutes and something to talk about for the next couple of weeks. But remember, it’s the movie title that people always remember. In this case, it’s easier to say “the movie with the longest movie title”.