The Most Expensive American Coin 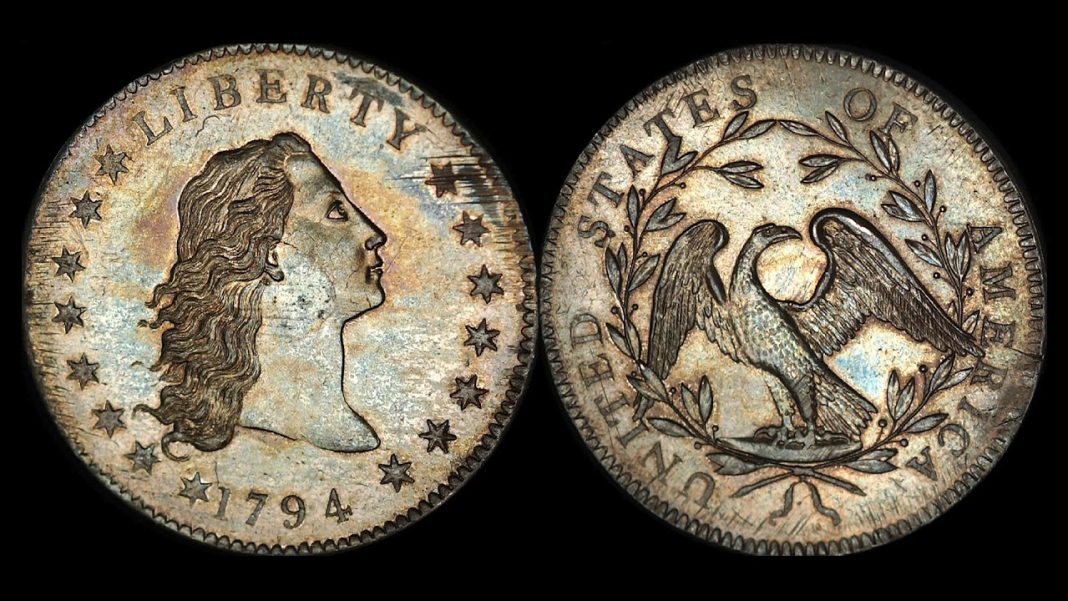 This has been in the number one spot of the most expensive American coin when a specimen that was from the 1794 production was able to make it to a private sale and it was given for 7.85 million dollars.

This is the largest sale that was made in the history of the United States. And another sale was made on January 24, 2013, where it was sold for 10 million dollars. This was purchased from Stack’s Bowers Galleries by Rare-coin firm Legend Numismatics.

The coin with the value of one United States dollar has a weight of 26.96 grams. It is 39-40 mm in diameter and has a lettered edge. The minting of this coin started in 1794-1795. The minting of an American coin started in 1780 when a great number of Americans called for the action of the United Stated for an official coinage. During this year, the proposal of the minting failed because of issues concerning the budget that will be used.

Aside from that, many people are still not in favor of it. In 1789, a light at the end of the tunnel was seen when the United States Constitution has vested the power to Congress to coin the money and regulate its value. This will also result in the fixing of the Standards of Weights and Measures.

Deliberations started during that year about the importance of minting coins for the United States. On October 25, 1791, President George Washington has pushed Congress to make the approved resolution for the minting take effect immediately in that year.

According to the president, the lack of existing currency is one of the reasons why poor people are becoming poorer. With this, a resolution was given immediate attention. The Senate appointed someone in the name of Robert Morris to become the Chairperson in the drafting of the needed specifications for the creation of a federal mint and the coinage.

The famous engraver in the name of Robert Scot was the one who started to prepare designs for the dollar. In the first design that he created, there was a bust of Liberty in it. When he created a revision, he featured an eagle. When it was seen in the Senate, they have asked him to include a wreath that will be placed around the eagle. For the other specifications such as the lettering, Frederick Geiger was the one behind it. When it comes to the other designs including the inclusion of fifteen stars were done in order to make sure that each state will be given a representation.