The Most Expensive Watch in the World Sold 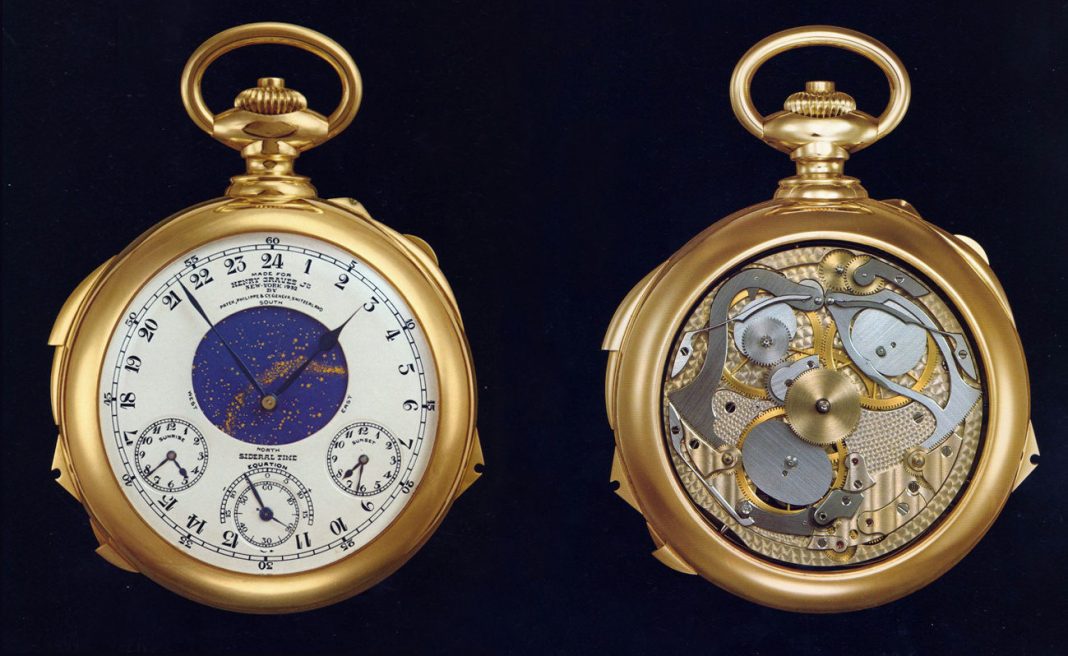 Time is gold as people would say and that’s why people carry around watches. Time can be told through various devices in our world today but nothing beats the classic wristwatch on the hand. Pocket watches are also good items for telling time but you basically have to keep them attached to your pants with a chain or tucked inside your pocket.

Considering that timepieces are sometimes sought to be fashion items then it wouldn’t be surprising to see expensive ones. The Chopard $25 million watch is an example of expensive timepieces. The watch itself is plated in gold and covered with numerous colored diamonds. Then again it hasn’t been sold even to this day and that’s understandable.

The most expensive watch in the world ever sold in history was the Patek Philippe Henry Graves Supercomplication Pocket Watch.

The Patek Philippe Henry Graves Supercomplication Pocket Watch was sold for $11 million back in 1999. It was auctioned and bought by the late Reginald H. Fullerton Jr. in New York from the Sotheby’s Auction House.

The astounding thing about this extraordinary piece was that it wasn’t littered with expensive pieces of jewelry and stones. It was designed simply as a standard timepiece and didn’t even have a cover and chain. The Supercomplication was merely made of 14 karat gold and nothing more expensive.

It had the basic fundamentals of a pocket watch along with 24 other functions. The 24 function capabilities were what made it expensive in the first place. It took 5 years to make it in the first place due to its complicated mechanics and was sold to Henry Graves by Patek Philippe back in 1933.

The creator of the Supercomplication was a Swiss-based company named Patek Philippe and Co. The company was founded back in 1851 with its main office in Geneva, Switzerland. Antonio Patek a Polish pocket watchmaker started his career back in 1839 along with his friend Franciszek Czapek. They parted ways after then working with a French watchmaker named Adrien Philippe and thus in 1951 Patek Philippe and Co. was founded. This company had several innovations in the world of timepieces.

Several of their work had been used by famous people and even royalty such as Queen Elizabeth. The company had also sold several other expensive types like Sky Moon Tourbillon selling for $1.49 million back in 2008. The company is still active today and has sold over hundreds and thousands of timepieces.

The original owner of the Supercomplication who also had his name attached to the piece was Henry Graves. He was born in Orange New Jersey back on March 11, 1868. Graves made his money through banks and railroad constructions. He is an avid collector and strived for social status back in the day. Graves was a patron of Patek Philippe and Co. as his collection grew from them. Even after death, Henry Graves’ watch collection was auctioned off one by one and a large number of them were made by Patek Philippe and Co.

The Supercomplication Pocket Watch is an example of an expensive item that doesn’t rely on luxury and jewelry. The 24 function feature was pretty much ahead of its time back in 1933. If you add that up with the years of depreciation hence giving it the $11 million value it deserves.