The Most Poisonous Tree in the World 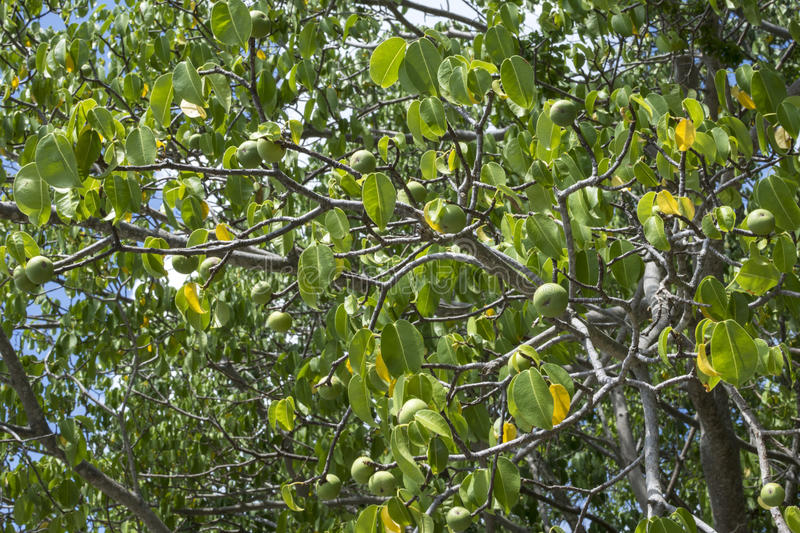 Trees often give life to other lifeforms such as humans and animals. They tend to feed animals food they need to survive the harsh conditions and give them shelter as well. Trees often provide life but there are also other trees that destroy them.

Rarely do you see a tree that was born out of life become so much imbued with death? Trees give life and hope to others but there are one species of tree that can be a sign of death to anyone who comes near it.

One would be foolish enough to even stand near the tree or even try to destroy it as it can be very fatal for anyone who tries to get near it without any protection.

The most poisonous tree in the world is the Manchineel. The Manchineel came from the word given by Christopher Columbus as manzanita de la Muerte or the little apple of death. The Manchineel is native to Florida, the Bahamas, the Caribbean, Central America, and certain parts of Northern South America.

The Manchineel is a small tree with an apple-like fruit. It can reach up to 15 meters high and have shiny green leaves. The fruit is similar to the apple and can turn greenish-yellow when it is ripe.

The Manchineel can be found near the coastal areas and provide a great natural windbreak and help prevent beach erosion just like the mangroves.

What sets the Manchineel apart from other poisonous plants and trees around the world is that standing near it can be deadly. The sap of the tree alone can cause blisters and can result in allergic dermatitis. The sap contains phorbol which causes other skin irritation. Standing underneath the tree during rain can also cause blisters even with just a slight contact with the liquid.

Burning the tree is also a bad idea as the smoke can cause blindness if it ever reaches the eyes.

During the earlier years, the tribes in the Caribbean would use the sap of the Manchineel to poison their arrows in order to dispose of their enemies immediately. Some were even tied underneath the tree to ensure that their captives die a slow and painful death. Some even poison the water supply of their enemies with the leaves of the tree.

There have been several methods made by organizations in order to prevent people from accidentally getting near the manchineel. In Curacao, many of the trees have a warning sign to help avoid people from going near the tree. Others also have a red X mark in them while others often painted a red band around the trunk. But, there are also other countries that do not post any warning signals.

Today, the manchineel is an endangered tree.