The Most Prolific Female Serial Killer 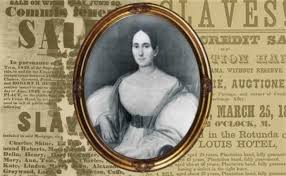 Women are bound to be maternal and caring. They usually have the fondness of taking care of the sick and the uncared. This is why women have the image of being softhearted and caring. But when they are also met with aggression, women tend to protect those that they care about. These are just the normal instincts of any woman in this world. But, there are also a few notable women who lose these instincts and succumb to the desire of ending another person’s life. Such desire can stem from revenge or through sheer insanity. This is how serial killers become what they are.

Madame Delphine is a socialite in New Orleans at a time when slavery was at its peak in the US. Born in 1775, she married three times and was able to infiltrate the inner social circle of New Orlean’s elite class.

On the surface, Madame Delphine was just the run in the mill socialite with nothing to hide. But, all of that changed when her Royal Street mansion caught fire on April 10, 1834. Rescuers were able to douse the fire out of commission but something was wrong with the entire situation. The mansion smelled like burnt rotten meat.

It was then fully realized and discovered that the Royal Street Mansion was harboring deep dark secrets that were kept from the public by Madame Delphine. Lalaurie maintained several black slaves in a nearby quarter in her mansion. Most people were able to observe that Lalaurie’s slaves were always haggard and thin. However, Lalaurie debunked the rumors that she was mistreating her slaves and even emancipated two of her own slaves in 1819 and 1832. But, this was just a facade. One of the most controversial acts of cruelty was when a slave girl was brushing her hair and hit a snag.

Lalaurie was angered at the thought that a slave girl would pull her hair and started chasing her with a whip. Afraid of her life, the slave girl jumped to her death from the roof of the mansion to avoid the horrors of being punished.

Later on, as investigations started, it was then discovered that Lalaurie was and has always been cruel to her slaves. During the fire, a 72-year-old woman who was also the cook was found chained to the stove and later confessed that she started the fire out of fear that she would take punishment at the upper room or the attic. This prompted the officials to search the entire mansion including the attic and found horrifying evidence that Lalaurie had done to her slaves.

The officials discovered bodies of slaves that were severely mutilated. Some were suspended by the neck while others had missing limbs. There were dead bodies chained to the walls. A slave woman had her lips sewn shut.

There were also half-dead slaves in cages while another had a forced sex change. There were women without skins and some of their body parts were displayed in the attic wall. There were also reports that Lalaurie enjoyed killing her own slaves and mutilating their bodies to her satisfaction. She was fond of letting her slaves wear spiked collars that kept their heads in static positions for several days or else they will puncture themselves and bleed to death.

After the news broke out of Lalaurie’s treachery against slaves, mobs were able to pillage her mansion and drove her out. There wasn’t any documentation as to how Lalaurie escaped the fuming mob and how she survived after the incident but there were rumors that she fled back to France where she died. Several more superstitious tales about Lalaurie’s treachery became more famous and is now a foothold of superstition in New Orleans making her one of the vilest yet prolific female serial killers of all time.