The Newest Island in the World 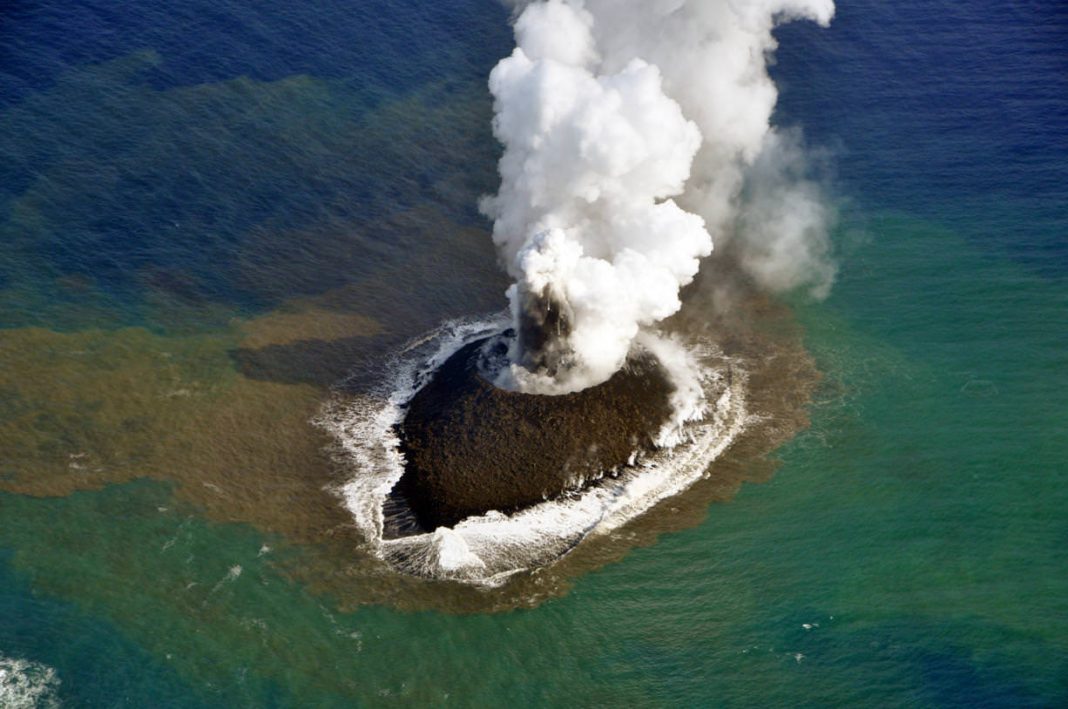 Islands are often created through thousands of years of volcanism, erosion, glacial retreat, and many other mechanisms in the Earth’s crust. New islands are formed when the Earth’s crust moves and forces out a land formation out from the sea via an earthquake. Sometimes, a volcanic eruption from deep beneath the ocean can lead to the birth of a new island. Another mechanism in which a new island is formed is when glaciers break off from the mainland. Such is the case that was recently discovered in Antarctica. Now, the large glacial island floats freely in the South Pole and is waiting to be called a new island.

With that, there is a newly formed island that has recently sprouted out of the surface of the ocean. Find out which is the newest island in the world.

The newest island in the world came about after an earthquake that happened in Japan in the middle of November 2013.

A powerful volcanic eruption in the Pacific forced a massive land of 600 feet in diameter to appear next to another inhabited island off the coast of Japan’s capital, Tokyo. The island is situated around 620 miles south of the capital city. The island is now part of the Ogasawara island chain wherein it is made up of 30 subtropical and tropical islands.

Since the island is still new, it is still brewing and blowing hot lava, ash, and steam thus making it very dangerous for scientists to study it or for maritime ships to come near it. There is footage of the island’s sudden appearance as it blows off powerful steam coming from the mouth of the volcano that the island is made of.

The islet is made up of volcanic lava and rocks that are part of the ocean floor where it suddenly burst out. The temperatures in the islet can reach up to 1,000C.

There have been several eruptions in the area that have also created small islands during the early 1970s and 1980s but most of them have disappeared due to erosion. Scientists also believe that this new island will also fall victim to erosion as well.

As soon as the volcano cools down, erosion will start to happen but scientists are also hopeful that the volcano continues to erupt and produce lava and rocks then it might stand a chance of becoming a full-blown island.

Through the years, it can have vegetation, and soon after, animals can live on the island. But, there are small chances of that can happen.

There was also a similar phenomenon that happened earlier in September off the coast of Pakistan wherein a gigantic mound of mud and rock emerged from the ocean and rose to become an island of 70 feet high and 295 feet wide. The phenomenon happened on the coast of Gwadar in the Arabian Sea. And just like the new island found in Japan, it may not last long and might fall victim to erosion.