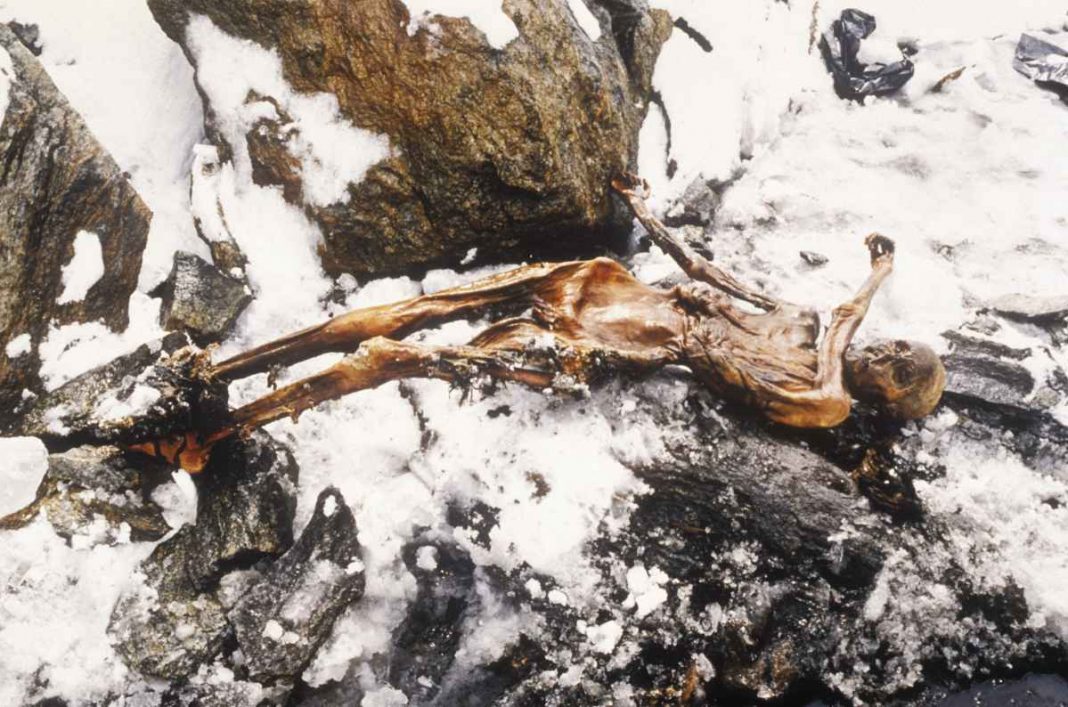 Mummification is the act of preserving a dead body for different purposes. The ancient Egyptians use mummification techniques for the royal and important people in their culture. Other cultures use the mummification process to preserve their loved ones. But, it was long before the Egyptian or any other culture that mummification was practiced. In fact, the oldest known mummy was not found in ancient Egypt. It was found in the mountains deep in the Italian-Austrian border where people from the Ice Age thrived and lived in the lands.

Using cutting-edge technology, scientists were able to remove the mummified corpse of a man through the freezing temperatures and were able to study him from head to foot. This allowed scientists to come to a breakthrough with how cavemen lived during those years.

The oldest mummy ever found was named Otzi.

He is also known as the Similaun Man, the Man from Hauslabjoch, or simply known as Otzi. He was found in September 1991 in the Otztal Alps in the border between Austria and Italy. He is the world’s oldest natural human mummy with an age of more than 5,300 years old. His body as well as his belongings are now displayed at the South Tyrol Museum of Archaeology in Bolzano, South Tyrol, Italy.

He was found by two German tourists from Nuremberg named Helmut and Erika Simon while they were walking off the path between the mountains. At first, they thought it was the body of a deceased mountaineer but days later, experts were able to remove the body and examined it. They transported the body to the University of Innsbruck where they were able to recognize the age of the body.

Otzi also owns the record for having the oldest known human blood. His red blood cell was extracted from him in early May 2012. The blood was extracted using cutting-edge nanotechnology that includes atomic microscopy in order to get a sample of the blood and study it. Scientists have analyzed the body first in order to find out how he lived and died during those years.

It was impossible to extract any form of blood from the mummy since his icy preservation but with the use of recent advanced technology, scientists were able to extract the most important aspect of his life. The blood will help scientists discover how he died, how he lived, and how he was able to live through the years. The blood was extracted from the wound discovered from his back and on his right hand. It was believed that Otzi was murdered.

It was later discovered that the wound on his back was the fatal one and that could have cost him his life. This also goes to show that Otzi is the oldest murdered corpse as well as the oldest known crime scene known to science. Today, scientists have put his blood to good use by learning how diseases today were able to evolve from before.