The Largest Glass Sculpture in the World 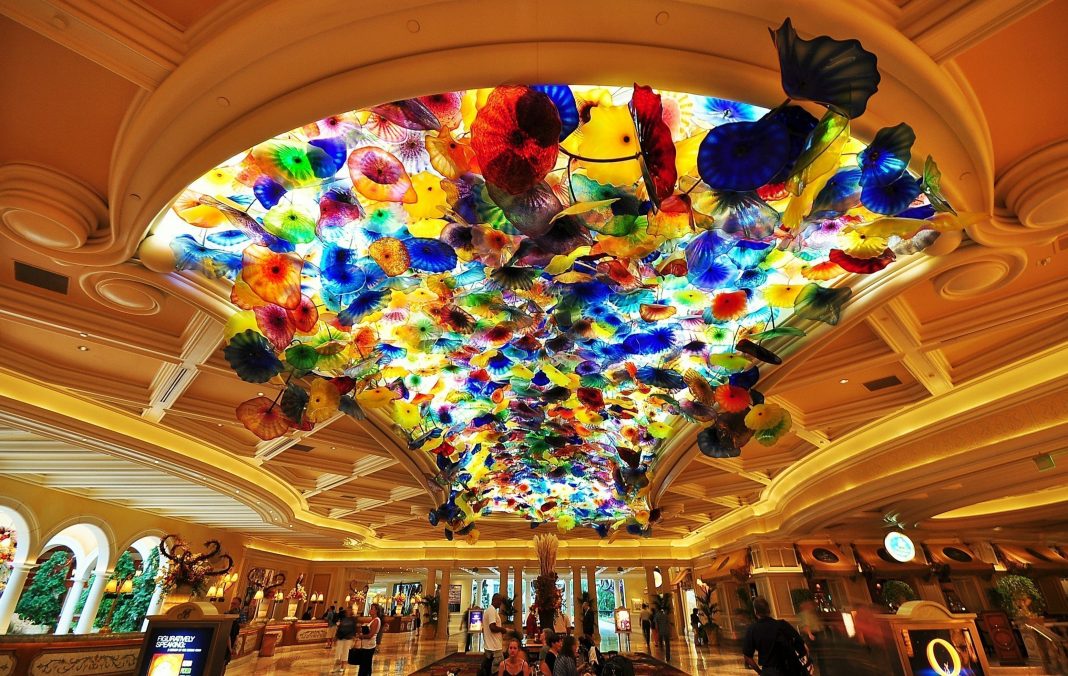 Glassmaking is a very delicate and difficult task to do. The process involves blowing into the end of one pipe as you get to cool off the glass component. Then the aspect of forming the glass item or sculpture takes into action which isn’t a very easy task. After all those grueling tasks, the end product is worth it to see a fine piece of this kind of merchandise crafted to perfection. Its material is something that is deemed to be ordinary and lackluster. However given a master artist, the material can become one of the most elegant pieces of art around. Size also plays into account as a lot of glass sculptures are made in a small or average size.

The Fiori Di Como is found at the Bellagio Hotel in Las Vegas, USA, and was created by glassblower artist Dale Chihuly along with several of his men.

The Fiori Di Como is literally made up of over 2,000 glass blown pieces all connected together to make one gigantic representation of a flower field. The flowers each had a different color to resonate with each other. The size of the Fiori Di Como ranges around 2,100 square feet.

The glass sculpture made its appearance along with the grand opening of the Bellagio back in 1998. It is located 18 feet above the ceiling of the lobby in the Bellagio Hotel. The Fiori Di Como’s name according to Chihuly came is derived from two words.

Fiori which means flowers as the sculpture literally looked like thousands of flowers clustered into one. Then the word Como comes from Lake Como where the Bellagio was inspired from.

Dale Chihuly was born on September 20, 1941, in Tacoma, Washington. Chihuly had a regular life growing up as he graduated from college in 1965 with a degree in interior designing. He later received a Master of Science from the University of Wisconsin Madison. Chihuly continued his studies in fine arts as well as the aspect of glass blowing. In 1976 Chihuly had an accident in England where he lost his left eye during the ordeal. In 1979 he again had an accident breaking his shoulder thus disabling him to use his arm to do the art of glass blowing. He instead hired others to do his works of art. Despite all the setbacks, Chihuly has made a name for himself in the world of glass art with his numerous works.

Chihuly’s “The Sun” was temporarily on display back in 2006 at the Kew Gardens in London, England. The Sun was made up of several hundred glass pieces representing to look like a sun clustered with different yellow and red-colored glasses.

He also had a blown chandelier commissioned to the Victoria and Albert Museum back in 2000. The chandelier was around 30 feet or 9.1 meters high and was located at the main entrance.

This type of art still remains to be one of the most complex art forms. If you have the ability to do such an act then try to reach new heights with it. Chihuly who is a person with one eye and broken arm can do it, then why not anyone?