The Oldest Disney Movie Ever 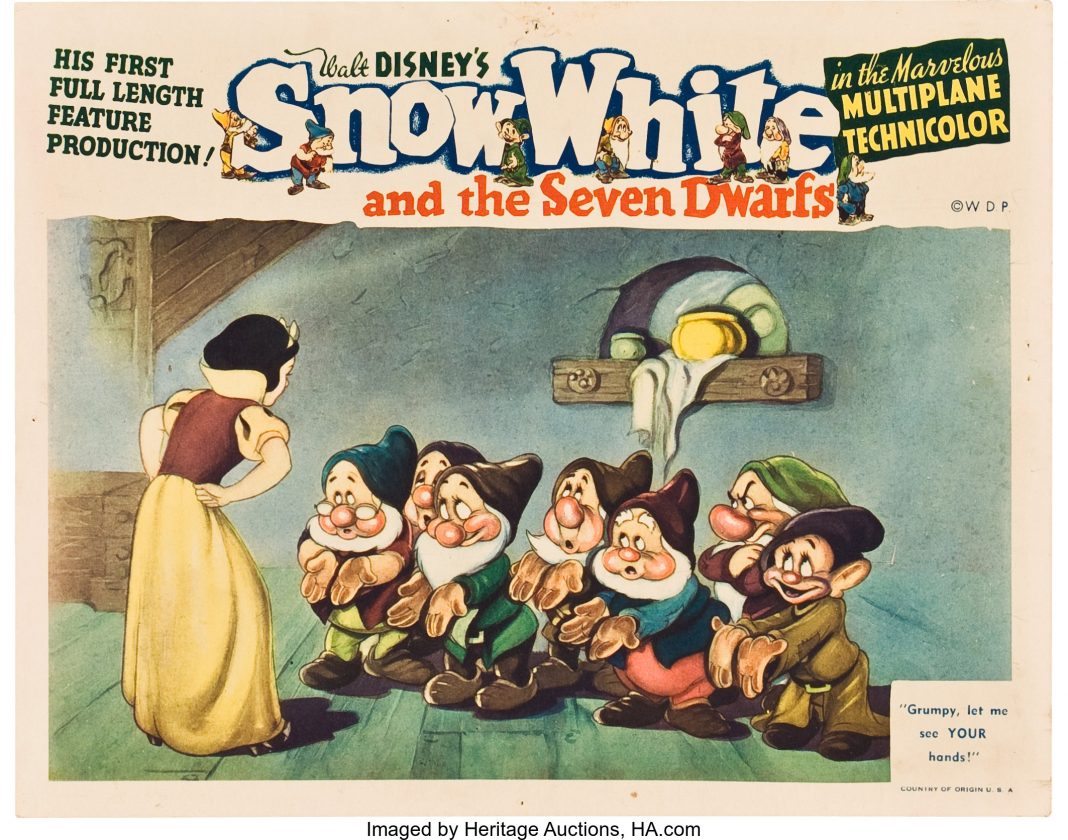 Walt Disney’s first-ever feature-length film and considered the oldest Disney movie ever is Snow White and the Seven Dwarfs.

You can probably tell with its early, simple animation that it is one of the first Disney films that came out but it is still made excellently and has remained a classic even for children today. It is and will always be one of the most popular early Disney Princesses with her troop of witty and diverse dwarfs looking after her.

Everybody knows the story of this princess pretty much by heart. She lives with her stepmother, who is a wicked witch who fears Snow White’s beauty surpassing her own. The witch then commands a huntsman to find her and kill her in the forest, but the huntsman could not go through with it so Snow White is lost in the mystery of the forest. She ten discovers some new friends, the dwarfs and other creatures of the forest, and goes through a journey with her new friends. This is the Disney movie that made the apple popular because her stepmother disguises herself as an old woman and convinces her to eat the apple with poison. The only way for the princess to wake up is for her true love to kiss her and her prince charming does just that and they live happily ever after.

Snow White and the Seven Dwarfs was first released on December 21, 1937. It is not only the first Disney movie ever but also the first-ever animated movie that came out. Another amazing fact about this movie is that it is one out of only two animated films that were featured on the American Films Institute’s 100 Greatest Movies All Time, which is another superb achievement indeed for this classic Disney movie.

This Disney animation only had a budget of $1,488,000 and yet it is still one of the most popular Disney movies of all time. This fairytale film is an American animated musical fantasy movie that was produced by Walt Disney and released under RKO Radio Pictures. It is actually based on a German fairy tale from the Brothers Grimm and later on adapted. This Disney movie was released nationwide on February 4, 1938, and it was instantly a major hit!

It earned $8 million internationally which was amazing for an animated film at the time. It earned the record of being the highest-grossing sound film at its time. Due to its success, it has been re-released theatrically many times and also came out on home video around the 1990s.

During the 11th Academy Awards, the film was nominated for Best Musical Score and was added to the United States National Film Registry in 1989. This movie was also named the Greatest American Animated Film of All Time in 2008. With its popularity, the movie resulted in a popular theme park ride and a Broadway musical.

This magnificent fairytale is and will always be a classic with individuals no matter what age. Besides its many accomplishments throughout its time, it also wins the title of oldest Disney movie ever.