The Most Awarded TV Series 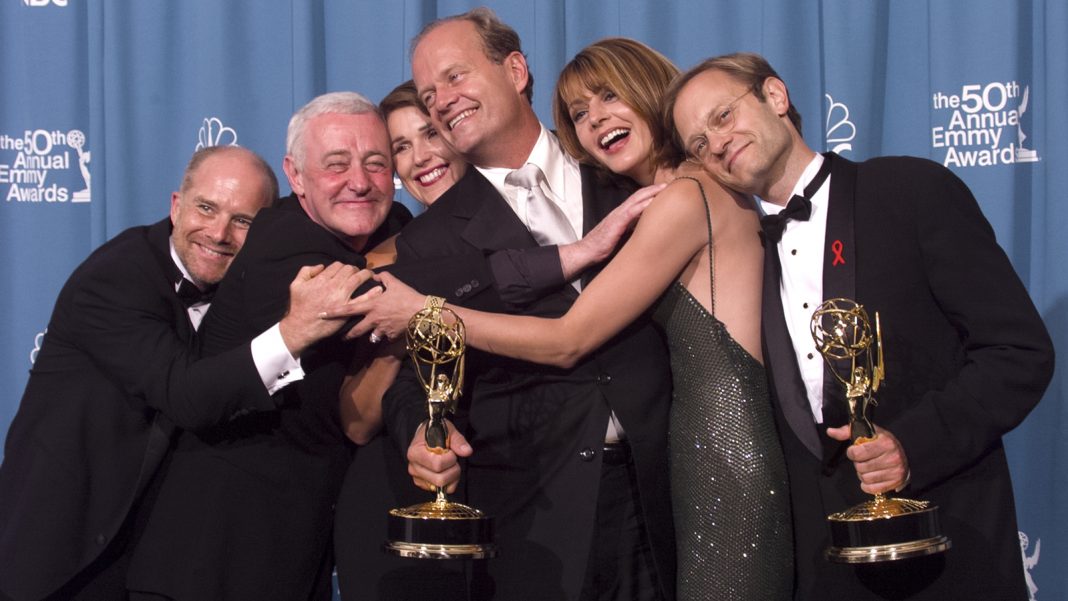 TV shows have always been one of the portals of entertainment in any country. In the US, there have been many TV series that have garnered awards during their entire run. Shows like The Shield and The Wire have gone on to become critically acclaimed shows each getting nominated and won several Emmys in its entire run. But, there is one show that has won more than any other show in history and has always been critically acclaimed until its last episode. Find out which is the most awarded TV series of all time.

The record for being the most awarded TV series of all time goes to Frasier.

Frasier is a comedy show that was a spin-off from another critically acclaimed show, Cheers. The TV series has won 37 Emmys in its entire run.

Frasier is about a radio psychiatrist in the titular character as he goes to encounter different characters all throughout the series. As he does his job, he also searches for true love after recently coming out from a divorce and moved to Seattle, Washington.

All of the lead actors were in the show that ran for 11 seasons or 11 years. Grammer became the highest-paid actor on television when the show was currently airing with Jane Leeves as the highest-paid British actress on TV at the time.

Another record for Frasier and Grammer is that his character is the longest-running character in prime time as he had also appeared in the mother show – Cheers for quite some time. He tied with Marshal Dillon on Gunsmoke with 20 years of playing the same character.

The idea behind the show came up when Cheers was nearing its last season in 193. Grammer approached the creator of the show if they were interested in making another show that was also in the vein of Cheers. Although Grammer originally did not like to play the same character, the creators also did not want the show to be a simple copy of Cheers. And though they created an idea, the studio was not interested in the plot and scrapped it.

When Grammer agreed to star in the spin-off show, the producers had to send the cast away from Boston as far as possible since Cheers was set in Boston. They then chose Seattle as the setting of their new show.

The show broke the previous record of having 29 Emmy awards from the previous record-holder the Mary Tyler Moore Show. Grammer also broke the record for being nominated for playing the same role on three different shows. Grammer played Frasier on Cheers, Wings, and Frasier. Frasier was also ranked as number 34 of the 50 Greatest TV Shows of All Time by TV Guide