The Most Poisonous Plant in the World 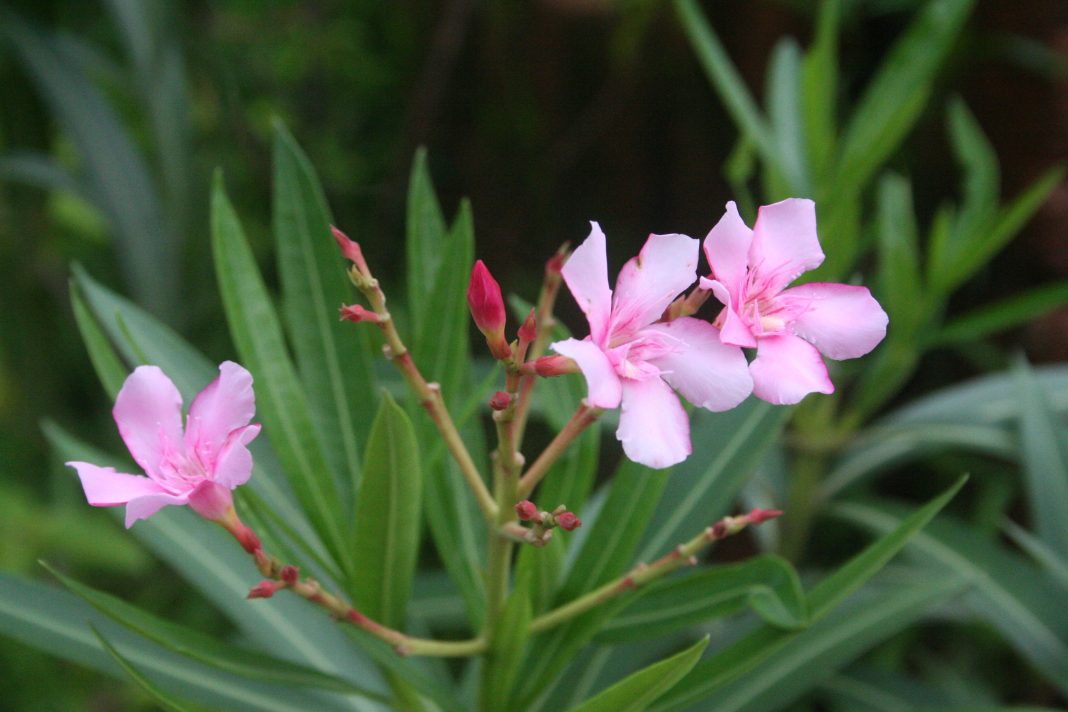 Plants have different protective mechanisms to defend themselves against animals or humans that aim to destroy them. Most of it has thorns to teach animals not to eat them and destroy them in the process. But, for most, they have developed a defense system that is more hazardous than thorns. It has developed poison all throughout their evolution in order to protect themselves from different sources of aggression. This is why most animals tend to keep away from plants that are poisonous or are unhealthy for their digestive tract. But, there is one, that is very poisonous that a single leaf can instantly kill a child.

The world’s most poisonous plant comes in the name of Nerium Oleander.

It is an evergreen shrub that is originally located in Southwest Asia but has been transported to different parts of the world. Its bushes grow around 2 to 6 meters tall and spread outward as they mature.

Most of the time, oleanders are used for ornamental gardening in landscapes and parks or along roadsides. This is because oleanders do not typically need to be taken care of as they grow without any human contact. It is very tolerant of poor and dry soils and has been known to repel different kinds of animals. The oleander produces fragrant flowers even at barren wastelands.

Unlike any other toxic or poisonous plants, the oleander is so poisonous that most animals recognize it and do not even take a step near it. A single oleander leaf can kill a child. If a person ingests oleander, it can result in diarrhea, drowsiness, stomach pain, irregular heart rhythm, and can even cause death.

The extremities become pale and cold due to poor circulation. Tremor and seizures can happen due to less circulation towards the brain region.

Immediate treatment for oleander poisoning is needed. A person who has ingested oleander needs to induce vomiting or gastric lavage to avoid further damage and absorption of the poisonous compounds. Charcoal is usually taken to help dilute the remaining poison inside the stomach.

The plant should not be used as firewood nor its branch or twigs should be used to skewer food. One should exercise great caution when around oleander and avoid the leaves and branches at all costs. It is best to alert any medical professional if a person accidentally ingests any part of the oleander. Oleanders should also be planted with precaution and should not be in any vicinity near children. Educate people around you that oleanders should be left alone and should not be played with.