The Oldest Soldier in the World 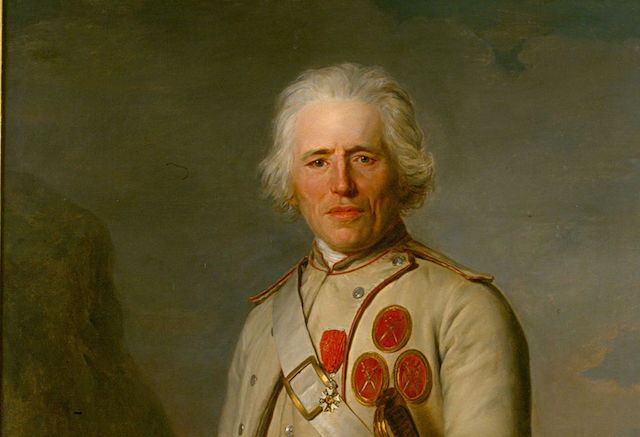 Soldiers are the real heroes of the war. They often sacrifice their lives in order to restore peace and fight for their cause. Most of the time, these soldiers are treated as pawns to a much larger cause whether through an ideal or through freedom. There are a lot of reasons why soldiers go to war but they are often the sacrificial lambs. In war, one would think that soldiers need to be young and fit.

It is very practical for young men and women who are at their prime to become soldiers. Not only do they have the physicality to withstand different harsh conditions but they also have an enduring mentality that most soldiers will need.

However, there is one soldier in history that has served his country for over 90 years. Find out who is the oldest soldier to ever serve.

Jean Thurel or Jean Theurel is the oldest soldier in the world. He was born on September 6, 1698, and died on March 19, 1807. He was a fusilier for the French Army and served the Touraine Regiment. He had served three different monarch regimes and because of that, he has been considered to live in three different centuries.

During his time serving the French Army, he has been severely wounded on two occassions. These injuries would have killed him but were able to miraculously survive both of them. His first life-threatening injury was during the siege of Kehl when he was shot in the chest with a musket. During the Battle of Minden in 1759, he received seven slashes of a sword and six of which were to his head. Luckily, he was able to survive both of the injuries.

He was enlisted on September 17, 1716, at the age of 18. During his service, he did not want any promotion and remained as a low-ranking fusilier for the entirety of his military career.

Throughout his military service, Thurel showed physical prowess during the Siege of Bergen wherein he scaled the walls of the fortress to gain entry. Another would be in 1787 where he was ordered to embark on the ships of the French Navy and was given the privilege to travel via carriage but refused to do so since he never traveled via carriage before and had no intention of doing so.

On November 8, 1787, Thurel was presented at the royal court in the Palace of Versailles. He was awarded the Royal and Military Order of Saint Louis. There were only a few men who were able to complete the 48 years of military service wherein one can receive a second medal and only Thurel managed to receive the medal three times.

On October 26, 1804, he became one of the first recipients of the National Order of the Legion of Honor which is the highest decoration in France. Throughout his entire life, he remained healthy. He died on March 10, 1807, at the age of 108 after a brief illness. Thurel remains to be the only soldier in history to have served his country for a very long time.