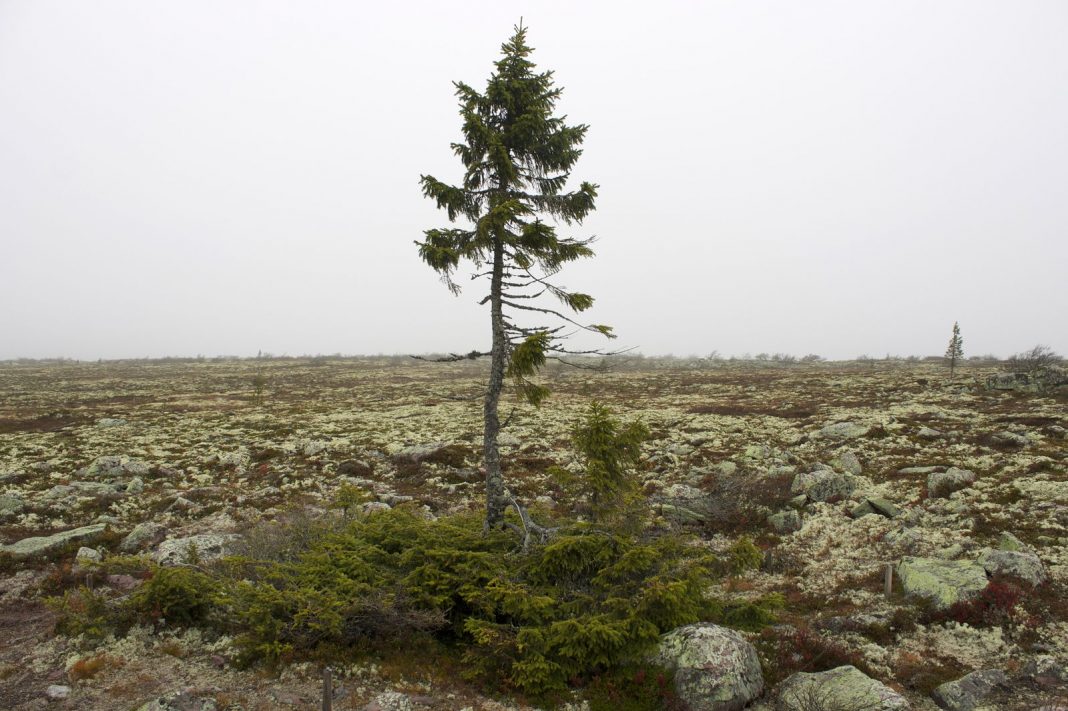 Trees can grow in a way that they can endure different storms and other calamities when they are deeply rooted to the ground. This section will be presenting the world’s oldest tree. It was able to live several thousand years without being pluck out from the ground.

This was found in the province of Dalarna in Sweden. This spruce tree that is 9550 years old was able to live long despite all the climate changes and the different weather disasters that came its way.

The spruce tree is not really a native of Sweden, it is considered to be a newcomer that can be found in the mountainous area in the country. This is the thought that was believed by the people who are studying them in the place. But when they saw the old tree, they were surprised to know that it is 9550 years old.

The scientists were able to find it in the Fulu Mountain and it is not just one. There are other remains that showed how this type of tree has already been a part of the highest parts of the ground in the area. There are other types that are 375 years and 5,660 years. It can multiply by the branch penetrating the roots. With this, they can multiply in such a way that it can create an exact copy of the original tree.

It was able to beat the record of the pine trees that are 4,000 to 5,000 years old that can be found in North America. In the other parts of Sweden, scientists were able to find spruce trees that are 8000 years old and more. The ability of it to survive different weather conditions is something that is really amazing about this type of organism. This is still something that scientists are trying to study because of the different things that may affect it. Being able to surpass the different calamities for thousands of years is something that is hard to explain.

According to the theories of the scientists, the spruce tree was able to come to the Swedish mountains during the ice age. The seeds were able to get to the mountainous area of Sweden during the Ice Age. This is something that made it come to the point where the said tree was able to multiply as years passed by. This is something that is not really that common when it comes to these organisms.

There are other trees that can grow in such a way that they can also reach hundreds of years. This is one thing that makes them one of the strongest and the most durable creations in the world. The trees may live thousands of years but when people do not give them that chance, you cannot expect them to last for a long time.