The Tallest Married Couple in the World 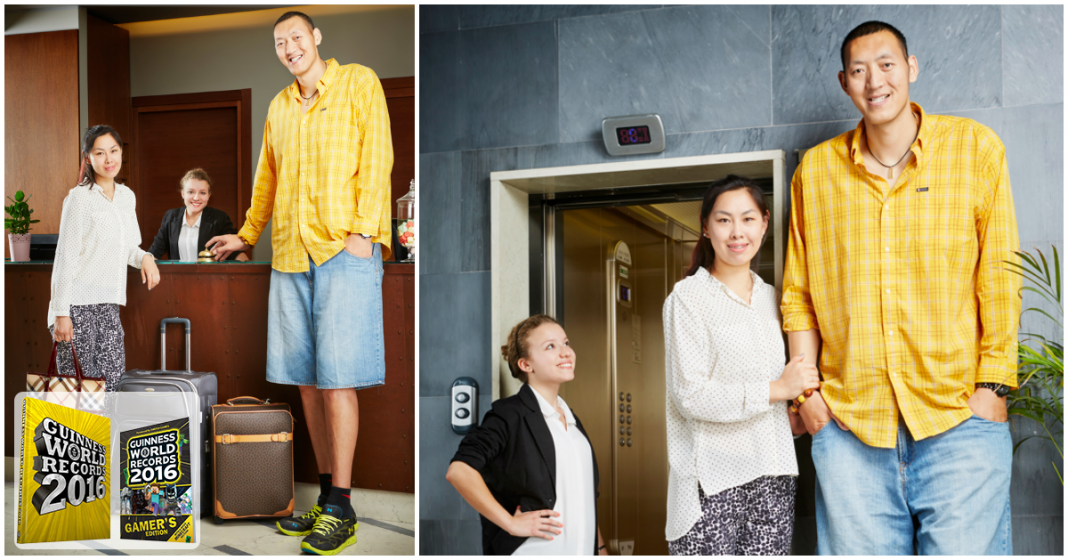 Marriage is the height of a person’s love life. Pun intended. Tying the knot with someone you love and want to live with for the rest of your life is a dream come true. Another dream of many people is to set a world record in some weird yet significantly notable way. How much more meaningful it would be if you set that world record with your better half?

That’s right. As far as world record goes, there are hardly any limits, not even in height. When a very tall man and a very tall woman gets married, you get a happily ever after and a staggering world record that sits high on many people’s awe. Again, another pun.

Meet Sun Ming and his wife, Xu Yan – the 2016 world record holder as the tallest married couple in the world.

Sun Ming and Xu Yan from Beijing are like any other regular married couple out there, except there’s nothing regular about their height. In the opening of the year 2016, these enormously heightened couple has broken the world record of the tallest married couple with combined height.

That’s almost as tall as a regular electric pole, an enormous crocodile’s length, and a diving pool depth.

How Did They Meet?

You would think that the universe conspired to have these two meet, fall in love, and get married. Well, it actually did, in an interesting way. They actually met through something that they both passionate about. Before you gush, yes, these love stories still happen.

Sun Ming and Xu Yan are both athletes – which party explains their height – and they both joined the 2009 National Games in China.

Sun played basketball and Xu plays handball. It is in this fateful event that the two crossed paths and the rest is history. They got married in Beijing in the year 2013.

What it Means to Have a Height Like That

While some would think that having a height like any of the two is a desirable thing, it only is so because more than anything, both their height are meant to be. There are definitely many perks like reaching the top cupboard shelf without much effort or cleaning the ceiling easily or having a world record perhaps.

There are also some cons. The couple admits that some challenges they encounter are regular daily tasks that we with regular heights sometimes take for granted – like traveling by plane, bus or car, for instance.

There are surely many perks to being that tall and even more perks to holding a title. But there are cons too. Having a height that makes you almost as tall as a pole can definitely give you some issues. But as long as your lifetime partner shares the same thing with you, it won’t be that hard. It surely is not that hard for Sun and Xu.