The Most Iconic Photograph Taken in the World 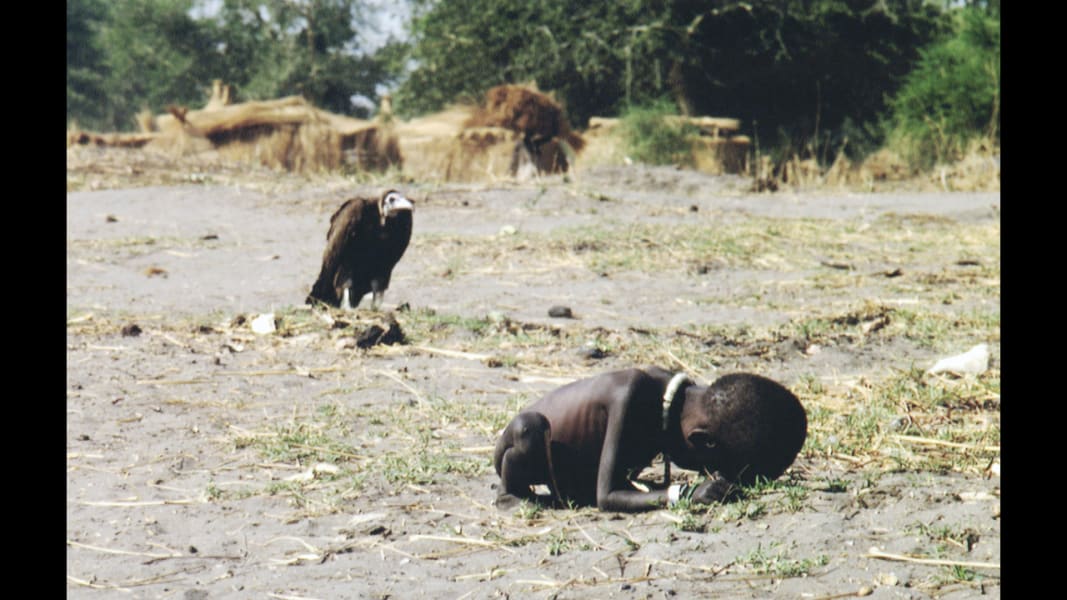 Some of these world-famous photographs are the Murder of Vietcong by Saigon Police Chief in 1968 during the turmoil in Vietnam. The picture portrayed a powerful message that even the most honorable men that served the country became brutal to kill a person.

Yet there is one single photograph taken that has taken the world by storm.

The most iconic photograph taken is none other than The Vulture and The Child.

It depicted an image were in a starving child was on the ground weak and distraught while a hooded vulture landed behind. The image sent a powerful image of how dire the situation in Sudan was.

The photograph was taken by Kevin Carter in March 1993 wherein he won a Pulitzer Prize. It was the time when Sudan was affected by a large scale famine that the UN was immediately deployed to provide food for the people in need.

It was also at this time that Carter joined the UN to distribute food and caught sight of a little child fighting for her life as she tried to reach the site of food distribution. Kevin Carter was already instructed not to touch the children due to transmitting disease and so he took the picture. When the picture was published, the world was in total distraught at how insensitive the photographer was.

The public was outraged by the fact that Carter could not even hand a single piece of food to the dying child and had the time to take a second to snap a photo of the child. Guilt and shame consumed Kevin Carter and so he ended his life 3 months after winning the Pulitzer Prize. He died at the age of 33.

Kevin Carter was a member of the Bang-Bang Club and his life was featured in the film The Bang-Bang Club wherein Taylor Kitsch played his role. After his suicide, the world asked what happened to the child but there were no reports of the child’s whereabouts after the photograph was taken or whether she did reach the feeding center unscathed. There were other reports that the vulture was attracted not because of the dying child but due to the manure pit nearby. There were also other photographers in the area that confessed to taking the same image with different perspectives and yet suffered no shame or guilt in the process as the photographers themselves knew there was nothing wrong with the vulture and the child.

However, no matter which perspective people look at it, the powerful image of a child trying to reach a feeding center while death looms from behind is such a compelling image that it has become one of the most iconic photographs in the world today.